A Mixed Bag of Six on Saturday 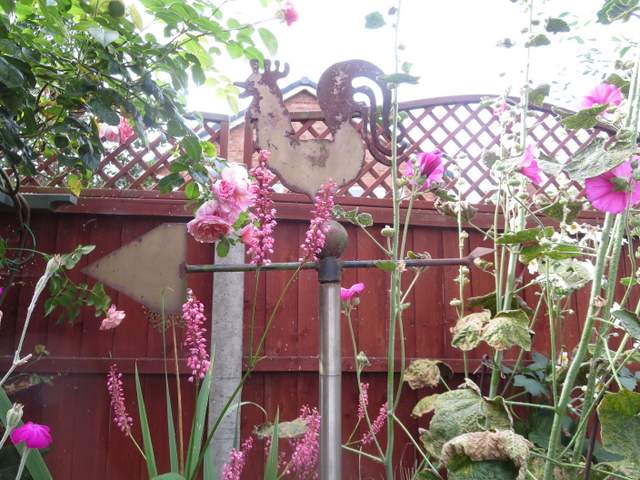 If I had taken the above photograph first, a pleasing combination of hollyhock (ignore the foliage!), Persicaria ‘High Society’, climbing rose ‘Strawberry Hill’ and, just creeping into the bottom left corner, Lychnis coronaria, I might have gone down the line of other pleasing combinations. However, I had started in the greenhouse and was rambling aimlessly for the last three of six ‘things in the garden’ for Jon the Propagator’s popular Saturday meme, so further combinations will have to wait for another week.

I meant to include the contents of the hydropod propagator as one of my ‘surprises’ in last weeks post, but forgot. I had taken cuttings (mostly salvia, penstemon and persicaria) only a few days before, and already roots were appearing: a week later roots are developing well on a majority of the cuttings, an extraordinarily exciting process to monitor on a daily basis. 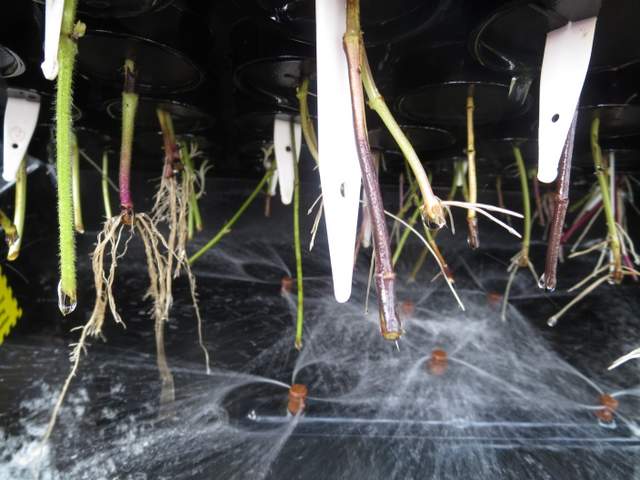 I will wait another week or so before I pot the more advanced cuttings on, but when I do so I shall be trialling some coir, mixed with perlite or grit to grow them on. We went to Gardeners’ World Live last Sunday, courtesy of free tickets from Karen of Bramble Garden (thanks Karen!) and I took advantage of a trial offer of coir compost discs. Like many and hopefully all of us gardeners, reducing our peat usage is of paramount importance, but finding a good alternative is difficult, with availability and quality both big drawbacks. Coir, A bi-product of coconut processing, has been mentioned a lot, and I was keen to try it for myself so these discs were a good opportunity to do so in small quantities – each disc (from e-pots) absorbs up to 500ml of water and a pack of 10 makes about 10 litres of compost. I have already sown some seeds in the resultant compost, and potted on some young plants, so will report back in due course. If it proves successful, for larger quantities Coco and Coir seem to provide reasonable value, although good peat free alternatives are inevitably going to be more expensive than the ubiquitous peat-based composts. 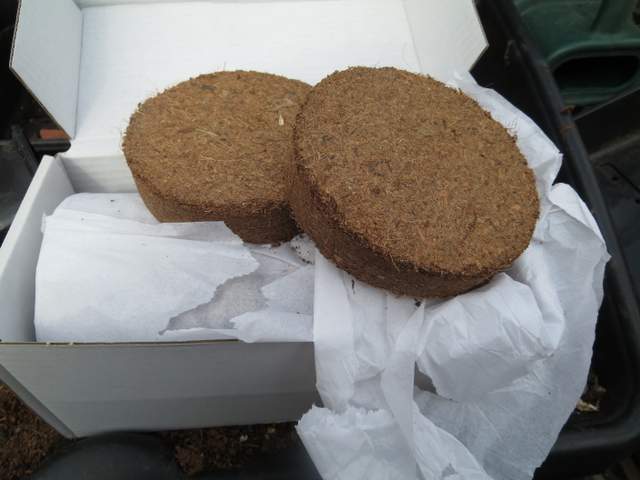 Also in the greenhouse, I have been harvesting a good crop of tomatoes, including my first beefsteak tomato: ‘Big Daddy’, a variety I am trialling for Which? Gardening. As a regular consumer of tomato chutney, making enough jars for next year is always a priority, so skinning four or five large tomatoes instead of 2lbs of cherry tomatoes has been a gamechanger!

There was a welcome burst of sunshine mid-afternoon as I made my photographic SoS ramble, and as I passed the main borders the fragrance from these nemesia was glorious, no doubt accentuated by the gentle breeze which accompanied the sunshine – even though vanilla is not something I particularly enjoy in a culinary context, as a fragrance in the garden it is somehow more acceptable!

I was not the only one enjoying this September sunshine, as this Succisa/Succisella pratensis was being well worked over by the local bee population, none of whom would oblige by perching on a bloom in the most photogenic way. This is a plant that was added last year but has just begun to thrive and has been blooming only for a couple of weeks; hopefully it will prove to be a good do-er in future years.

Like Loading...
This entry was posted in Gardening, Gardens, greenhouse, herbaceous perennials, propagation, Six on Saturday. Bookmark the permalink.

24 Responses to A Mixed Bag of Six on Saturday