In a Vase on Monday: a Tussie Mussie and a Promise 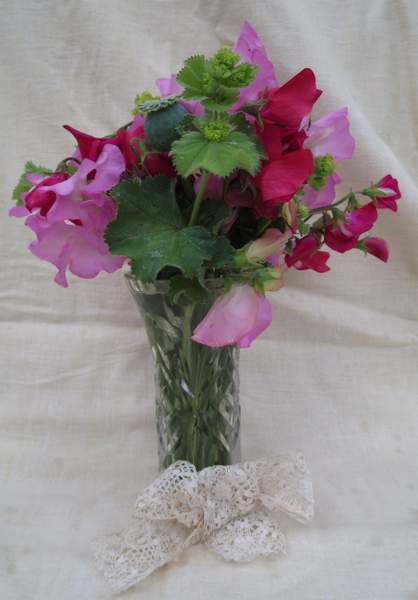 A tussie-mussie or nosegay is a small posy, typically given as a gift and the concept has existed in some form since at least medieval times when they were carried or worn around the head or bodice.

When I picked the stems of my outdoor sweet peas, King George VI and Gwendoline (don’t they make a nice couple?), to form the basis of today’s vase, I was already thinking of it as a tussie mussie and adding alchemilla foliage and the fresh seedheads of a poppy that had seeded itself in the greenhouse just seemed to emphasise the traditional and old fashioned feel of it. As I snipped the sweet peas and thought how promising the cutting beds were looking and how important it was, especially with sweet peas, to keep cutting to prolong flowering, I determined in the absence of my usual pursuits to be pro-active and take little posies round to the people I would usually be seeing during the week. 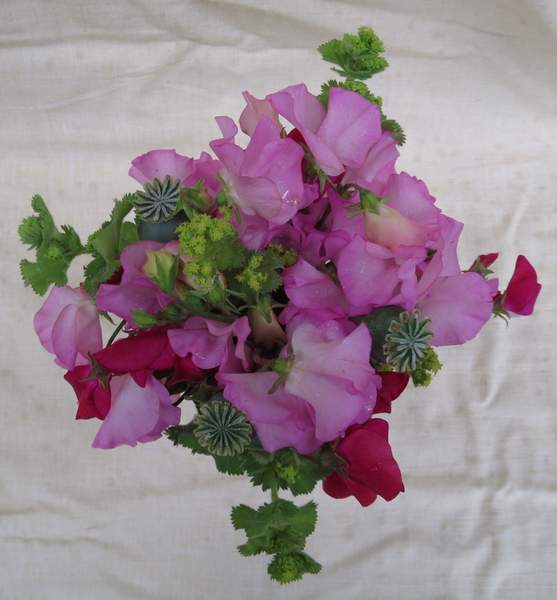 Until I began to write this post and checked the definition I had forgotten that tussie mussies were originally given as gifts, so my plan was indeed serendipitous and I shall start with this very posy itself. As is often the case it looks better in real life than in the vase (Edinburgh Crystal cut glass) as the photographs do not suggest the balance of sweet pea colours that there definitely is; also, a couple of poppy heads that were overlooked were added later as well. The simple prop is a bow fashioned from a length of vintage lace.

Monday vases vary from simple posies to formal arrangements, in jam jars or cut glass, and there is pleasure to be had from any combination – and it doesn’t have to be flowers but could be foliage or twigs or all sorts of things that are not in a typical vase ‘box’. We would be delighted to share them all on IAVOM so please leave links to and from this post so we can see them too. 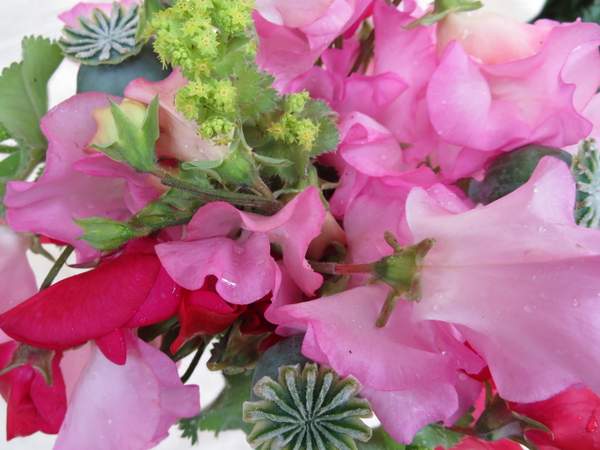 Like Loading...
This entry was posted in cutting beds, Gardening, Gardens, In a Vase on Monday and tagged flowers in a vase, posy, tussie-mussie. Bookmark the permalink.

38 Responses to In a Vase on Monday: a Tussie Mussie and a Promise