In a Vase on Monday, Ninth Anniversary: the Phoenix and the Carpet 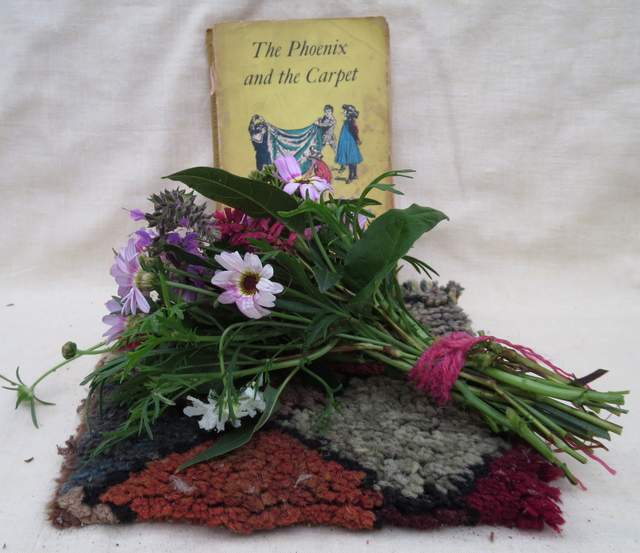 Nine years ago, I began posting a vase of flowers or other material from my garden every Monday, in a bid to encourage myself to get into the habit of doing so. Encouraging others to join in if they chose meant it soon became a recognised meme, and although numbers have dropped from those first heady years there are still a number of contributors every week, along with others who just enjoy seeing and commenting on the various vases. Nine years means there have been 468 weekly vases from me, and many thousands between us. Here are my own monthly favourites from the last year, chosen quickly and on impulse without too much deliberation: 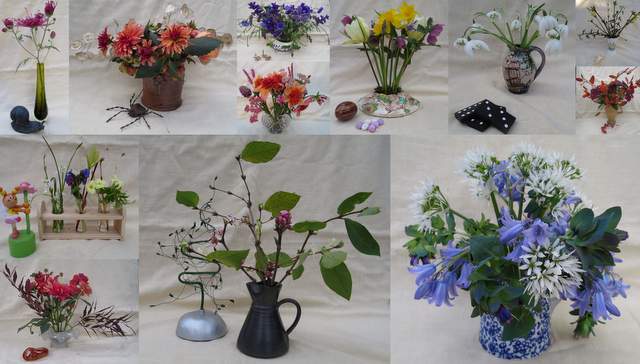 To mark today’s occasion, I set the small challenge of creating a hand-held posy. I wasn’t sure until I started snipping blooms yesterday what my posy was going  to include, although I had planned to start with Argyranthemum ‘Grandaisy Pink’ which have experienced a surprising revival in recent weeks, having suffered from lack of watering during the latter part of our extreme heat. From there, I rambled around the garden adding snippets here and there and coming up with a surprisingly varied collection. Joining the argyranthemum are Persicaria ‘Inverleith’, a smaller variety, Verbena bonariensis, Salvia nemerosa ‘Serenade’, annual Scabious ‘Snowmaiden’, Viburnum tinus, a random unnamed achillea and pinky white diascia from a pot of annual bedding plants.

Many of these have undergone a similar revival as temperatures cooled, rising like a phoenix from the ashes – so hence my props, a scrap of hand-knotted rug and a well-worn copy of ‘The Phoenix and the Carpet’ by E. Nesbit. E Nesbit wrote a number of classic children’s books (including ‘The Railway Children’) in the early 20th century, all early favourites of mine, although the Edwardian setting and language would surely prove largely incomprehensible to today’s children. My edition was printed in 1959 and as an avid and probably precocious reader it wouldn’t have been much later than this that I received my copy. I would like to think that others, not just of my generation, also periodically revisit their childhood favourites, as I do (Narnia, anyone?)…

As a little twist to the anniversary, I offered bloggers the opportunity to join a virtual meet-up on Zoom yesterday, and I was joined by nine others (how appropriate!) who shared their gardening locations and background as well as their posies for today. What a joyful event it was and what a delight to put faces to the names! It was noticeable that smiles abounded throughout, and again I have to confess that I felt privileged to be hosting the meme, a meme that seems to bring pleasure to many people for their own very individual reasons.

If you have reason to join in today or any other Monday, you would be made very welcome; all it takes is snippets from your own garden or garnered locally, popped into a vase or jam jar or made into a hand-held posy as was suggested for today…and links to and from this post. 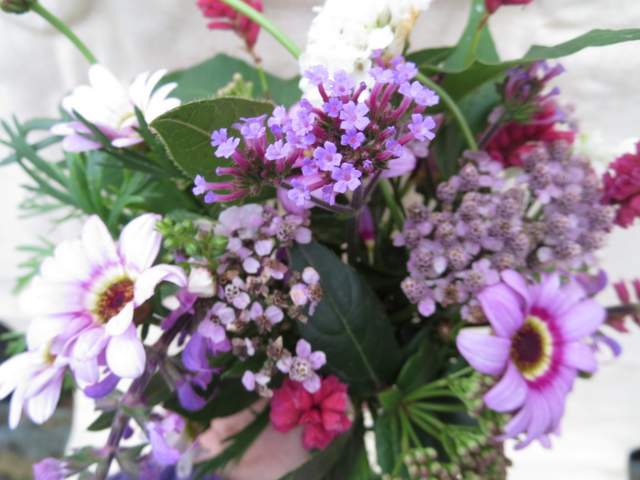 Like Loading...
This entry was posted in Gardening, Gardens, In a Vase on Monday and tagged blogging anniversary, blogging friends, flowers in a vase. Bookmark the permalink.

63 Responses to In a Vase on Monday, Ninth Anniversary: the Phoenix and the Carpet