Six on Saturday: Keeping Up Appearances 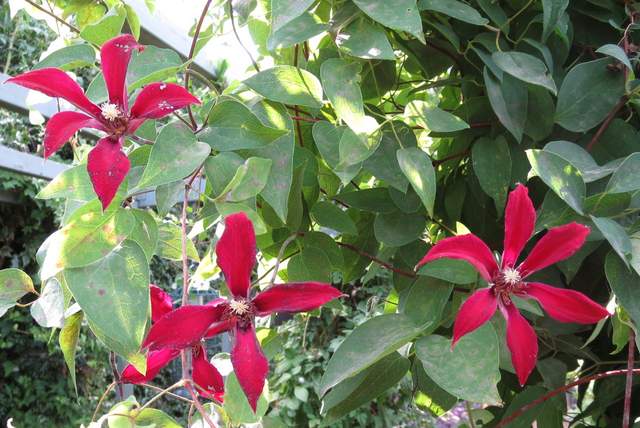 Clematis in the garden have generally been brilliant this year, perhaps assisted, as I have suggested before, a feeding and watering regime they have not had the benefit of before. Many, however, have run out of steam, but those that started flowering later are still going relatively strong and there are some hangers-on as well.

‘Gravetye Beauty’ (above) is always late to flower, and these flowers have only emerged this week; sadly, despite a huge amount of foliage, flowers are invariably sparse. ‘Prince George’, however, was unusually late to begin flowering this year but is making up for it with his density of blooms: 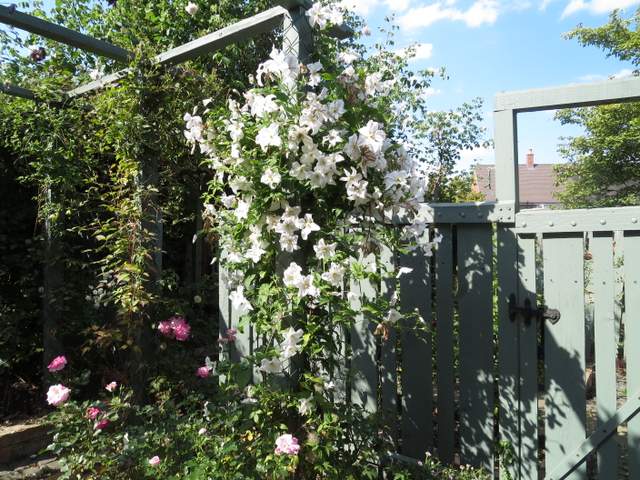 ‘Gypsy Queen’ is always later to bloom than most other clematis, but flowers well and in such a strong purple that her tardiness is readily forgiven; this year, with changes to the screen that she clambers up, she is heading off to the left and our neighbour’s pigeon loft as well as aiming to frame the path to the right as she usually does: 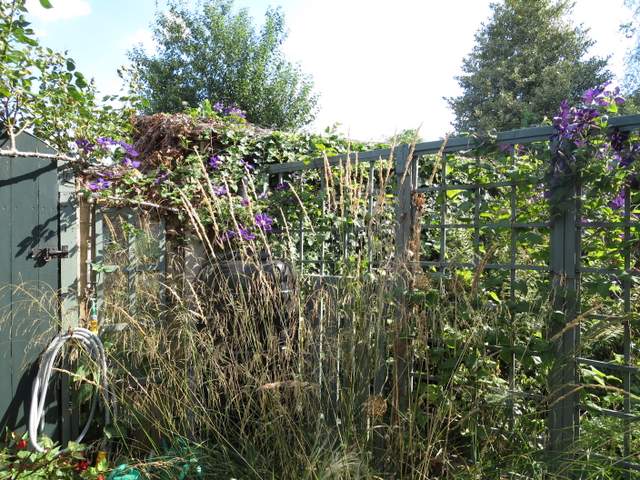 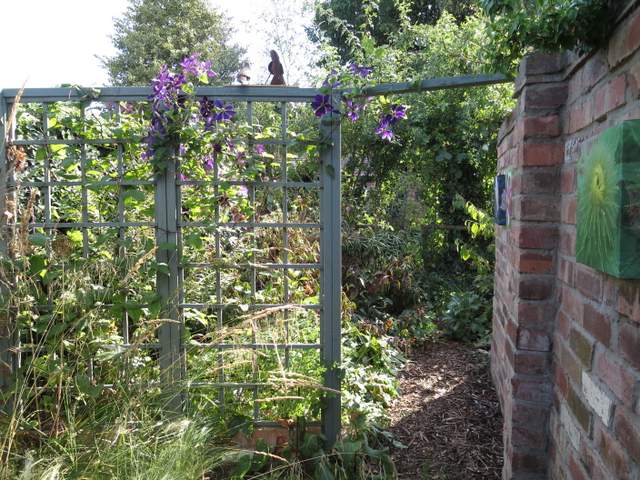 The scrambling non-climbing varieties have earned their keep, with ‘Alionushka’ and ‘Arabella’ still in full bloom amidst the tired borders they sit within: 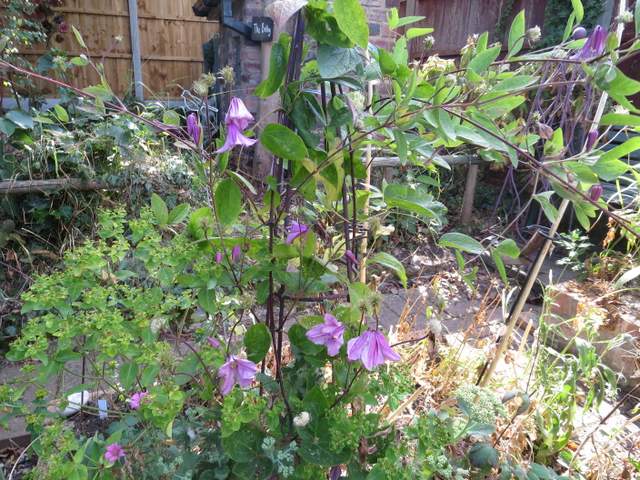 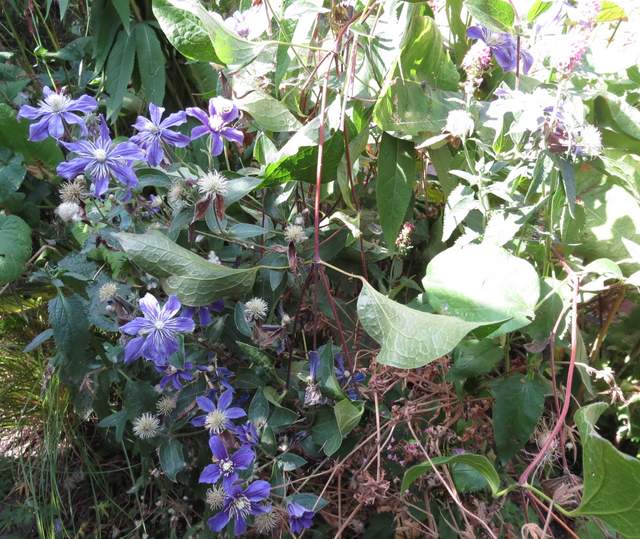 I struggles to find a sixth clematis to complete my Six on Saturday, the meme kindly hosted by Jon the Propagator, but found more than a handful of blooms still on Clematis ‘Alba Luxurians’, albeit smaller and without the green touches they sported earlier in the season. Meanwhile, to build on this year’s successful season of clematis, I am compiling a list of potential locations for additional varieties – after all, you can never have too many clematis (or roses…or witch hazels…or dahlias… or snowdrops, or perhaps even too many plants of any sort)… 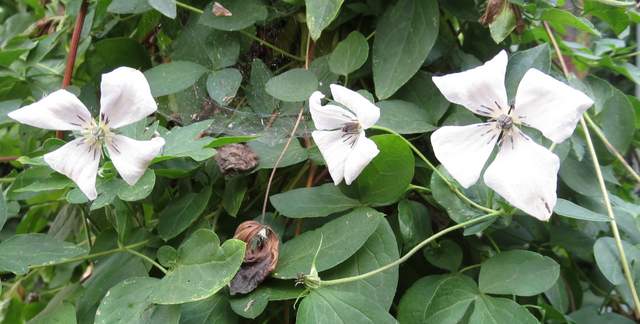 27 Responses to Six on Saturday: Keeping Up Appearances