In a Vase on Monday: Canny 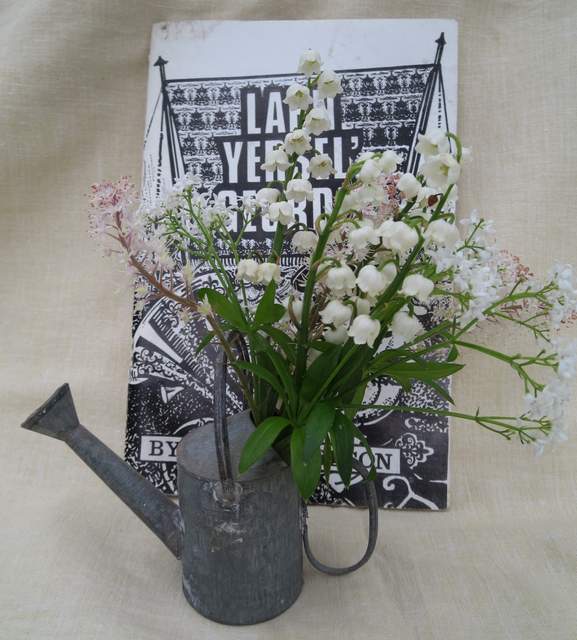 Unlike elsewhere, lily-of-the-valley (Convallaria majalis) has not become an entrenched and borderline nuisance here; quite the opposite, it has not been easy to establish, but now I finally have a few (just a few) plants that have actually flowered this year. Despite not having any blooms before, I knew what to expect from the fragrance and was not disappointed. 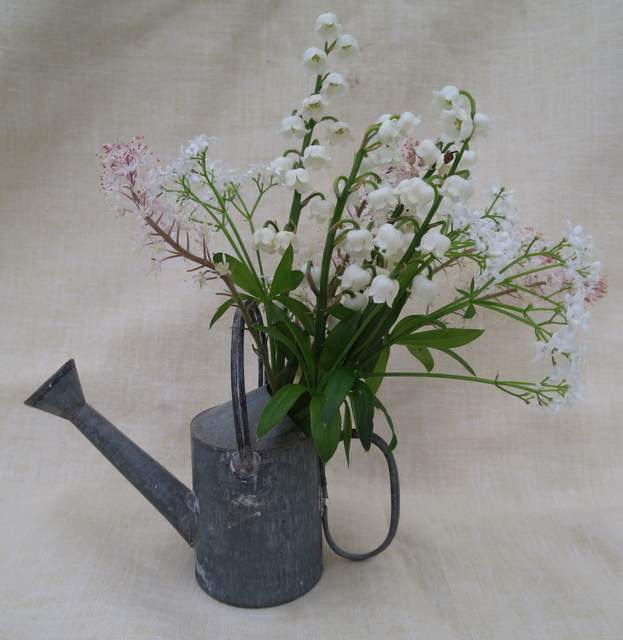 I cut the small handful of stems for today’s vase, and padded out the contents by including Galium odoratum (sweet woodruff, which more than makes up for lily-of-the-valley’s reluctance to establish) and Tiarella ‘Pink Bouquet’ with its subtly pink frothy spikes. Numerous vases were tried and rejected and on impulse I tried the blooms in this teeny (non-

functioning) toy watering can, and was pleased with the asymmetric result, which was most definitely ‘canny’. ‘Canny’ is a northern and Scottish dialect word that means nice or pretty, and is particularly common in north east England, especially around Newcastle and the surrounding areas. The dialect here is known as ‘Geordie’, as are the locals, and today’s prop is an amusing little book designed to teach the lingo, or ‘Larn Yersel’ Geordie’. 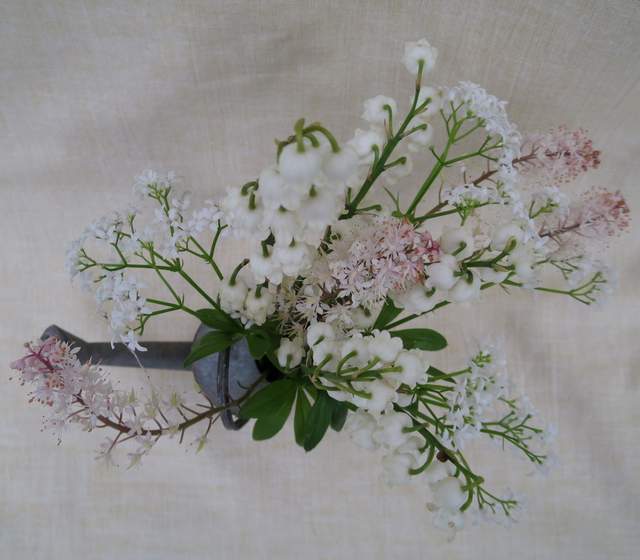 Small, simple, but sweet, and bringing as much pleasure as a larger or more elaborate vase. Would you like to pick something from your garden, either simple or elaborate or something in between, and share it with us today? To join us, just leave links to and from this post. 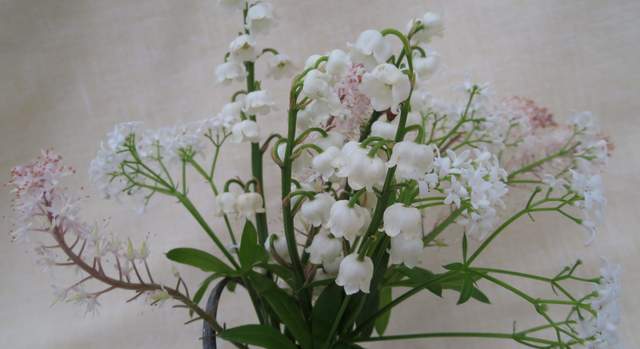 Like Loading...
This entry was posted in Gardening, Gardens, In a Vase on Monday, Spring and tagged flowers in a vase. Bookmark the permalink.

31 Responses to In a Vase on Monday: Canny