With our first proper frost just over a week ago there have been some dramatically seasonal changes in the garden, with any remaining leaves on the witch hazels quickly changing colour before they too drop off – the one above is Hamamelis ‘Ruby Glow’. Elsewhere, leaf sweeping has suddenly become imperative!

The biggest change after the frost was, of course, the demise of the dahlias, as shown on Wordless Wednesday; with little time to spend in the garden in recent weeks it was a joy to get out in it this afternoon, albeit to cut back their blackened foliage. With nothing productive left in the cutting beds either, their contents were pulled out and added with the dahlia remains to the overflowing compost heap. In due course the beds will be weeded and raked over before being mulched with compost. 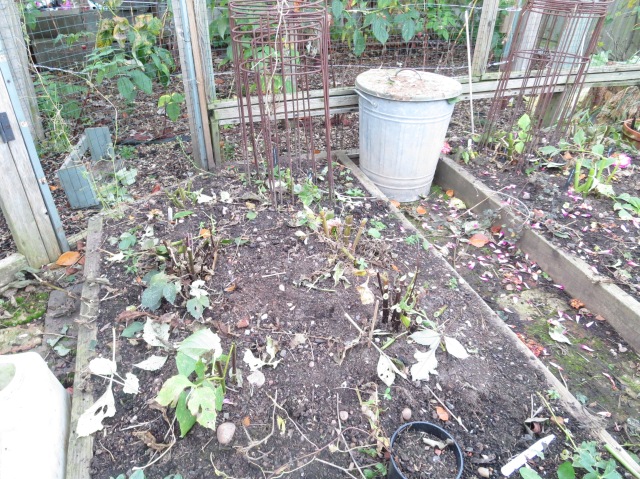 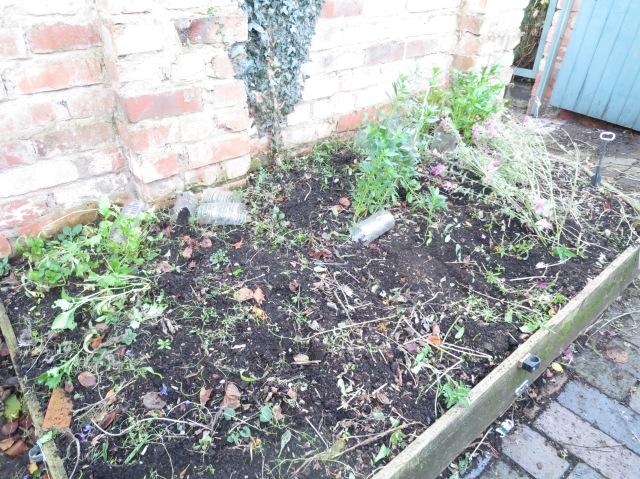 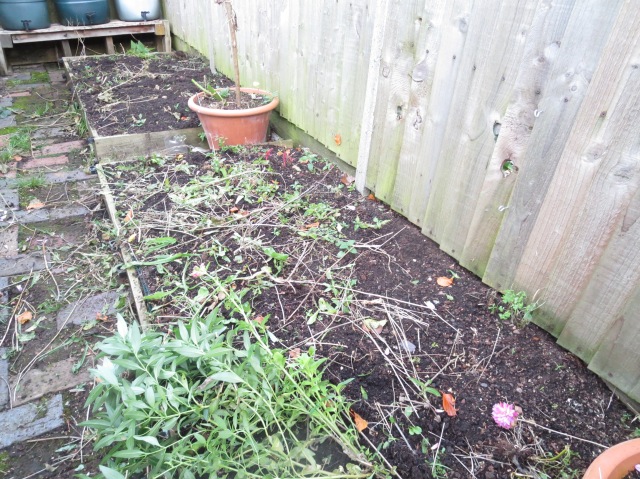 In the meantime there are other seasonal tasks to carry out, like defoliating the rest of the roses, a task begun but left unfinished when other commitments got in the way of gardening. The roses that don’t get pruned until after Christmas look skeletal and very sorry for themselves once they have been stripped of their leafy clothing: 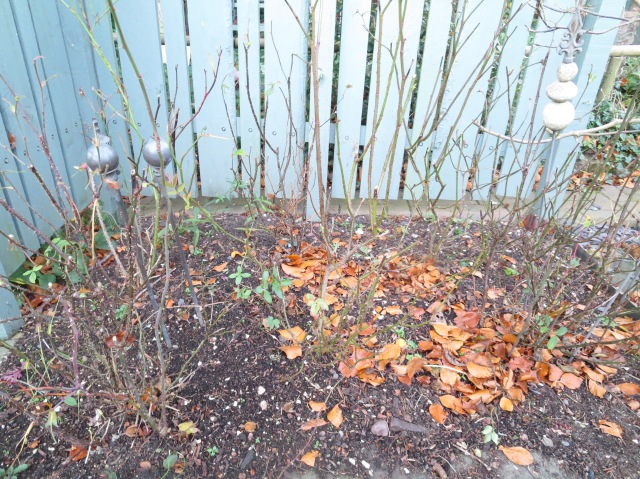 Very unseasonal and unexpected is this pristine flowering stem of Penstemon ‘Pensham Czar’, only the second bloom to have appeared on this plant – the first was at the beginning of July and also a surprise, never yet having had any success with penstemon. Nevertheless, two blooming stems in one season can hardly be called a success… 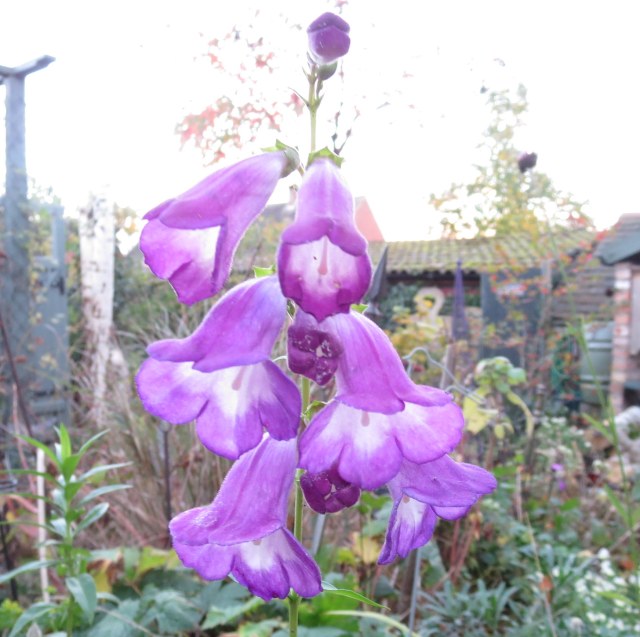 There are also random clematis blooms here and there, but none quite so determined as C viticella ‘Margot Koster’ which sports not only a number of fresh blooms but also a whole new stem smothered in buds… 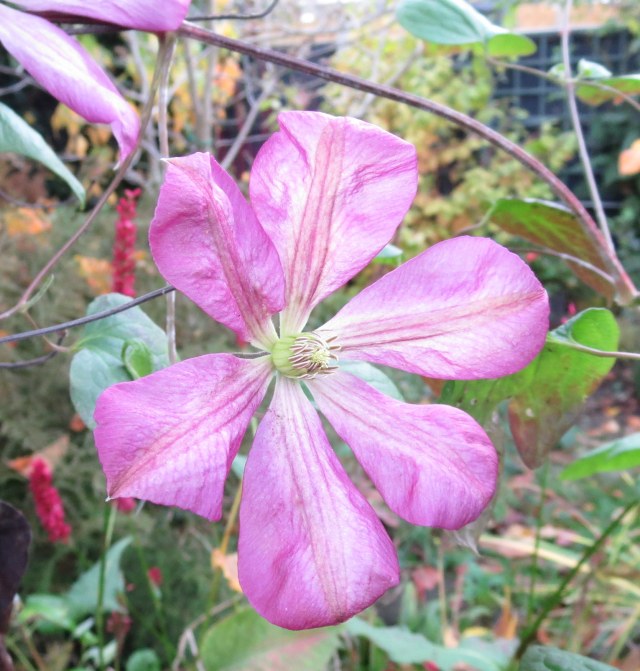 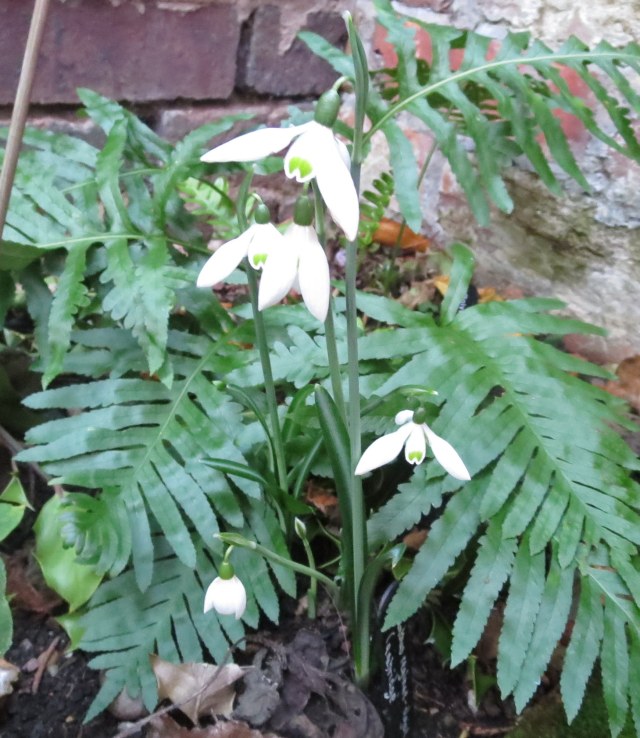 Sadly, I also have the seasonal half-emptied box of bulbs glowering at me, an experience often shared the host of this Saturday meme, Jon the Propagator. Let’s visit his site and see if he has managed to plant all of his yet!