Time ran away with me last Saturday because I failed to admit that I have a tendency to be quite relaxed about weeding, ie I don’t do it very often! In the more informal parts of the garden, like the woodland and woodland edge I just let them get on with it, removing them only if they get out of hand although I do try and deadhead dandelions before they set seed. Elsewhere, the borders are so stuffed that weeds are not always apparent during the main growing season and I tend to wait till the herbaceous plants die down before I have a blitz on anything unwanted. I do, however, particularly enjoy weeding the cutting beds when they are emptied of annuals and dahlias to leave them relatively pristine for the winter. And of course weeding the paths and paved areas is one of the few gardening tasks I delegate to the Golfer as open days approach!

Comments following last week’s post highlight the weeds we all seem to have and the particularly troublesome ones that most of us are very grateful NOT to have, like marestail (I really feel for you Anna and Sandra…). I also recall comments from another blogger many years ago, having spotted a small patch of lesser celandine in a photo of our woodland edge, wondering how I kept it under control. It’s not a very large patch and it occasionally pops up elsewhere, but I try not to let it flower or set seed; they sent me photos of their garden which was literally overrun with it…. on that scale I think I would have used weedkiller, something they were reluctant to do.

In my time there are plants I have introduced here and then subsequently removed because they have proved to be too vigorous or promiscuous – like bronze fennel, golden hop, variegated ground elder and no doubt many others. There are others that seed around but which I don’t mind, like the winter pansies/violas above, and Lychnis coronaria below. These seedlings will be teased out of the paving and potted up. 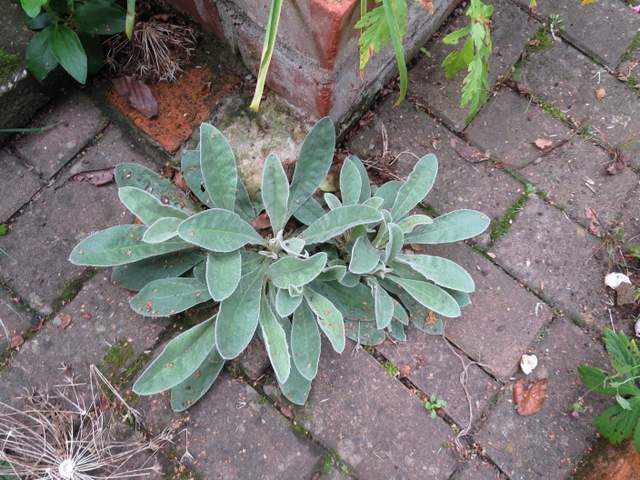 I am not sure if I introduced cowslips to the garden or whether they just appeared, but they are certainly rampant in the streamside grass where they are not doing any harm and look pretty with the spring bulbs growing there, but I daresay a degree of culling will be required at some time in the future.

I planted Erigeron karvinskianus some years ago but it has taken ages to establish; now however, it is beginning to pop up elsewhere which I am more than happy with it although I don’t think I want it to populate every single crack in the paving in the garden as it seems to do in some gardens I have visited !

I could say the same about grasses Anemanthele lessonia and annual Briza maxima, but in truth I would rather they were not quite so profligate; at least they are easy enough to pull out and a small number of the former can be potted up to sell at open days. 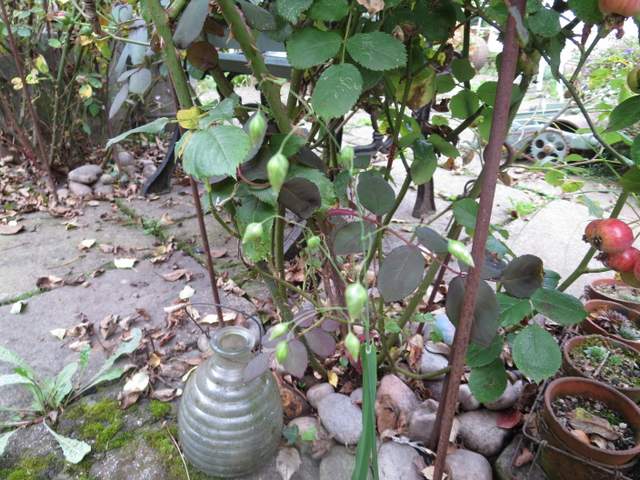 If I wasn’t already up to my allotted six for Jon the Propagator‘s weekly Six on Saturday meme I could also have included ivy, as I introduced a large number of named ivy plants, purchased from local supermarket Morrisons, around 20 years ago and some time later realised how quickly it establishes – hey ho, at least the spiky one I have sneaked in below is a little bit different! 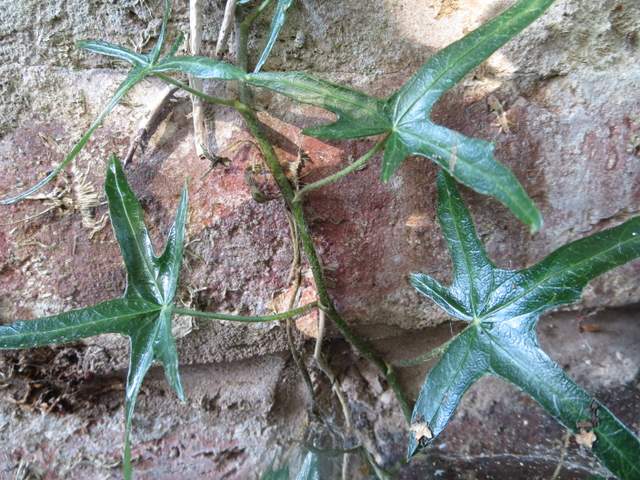 Like Loading...
This entry was posted in Gardening, Gardens, Six on Saturday, wild flowers and tagged weeds. Bookmark the permalink.

18 Responses to Six on Saturday: Wild and Weedy Part 2