Six on Saturday: Wild and Weedy 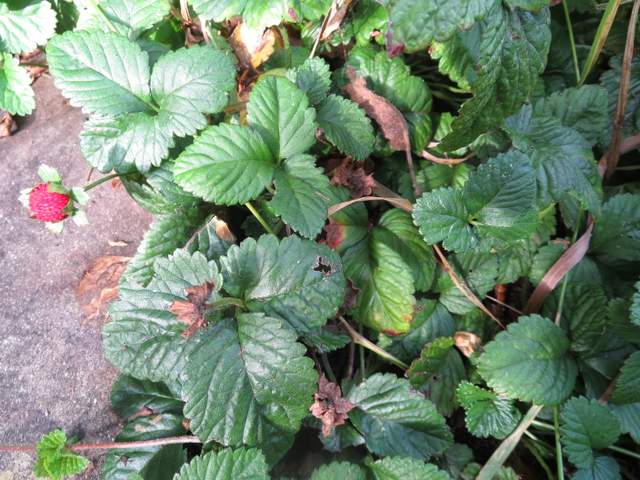 What makes a weed? We might tend to think of weeds as being plants we don’t want in our garden, plants we haven’t planted and certainly not planted in the places where they appear. This could include both wild flowers and grasses as well as the more profligate self-seeders amongst our own cultivated plants perhaps. Today I thought I would pick out the six worst ‘offenders’ for my Six on Saturday offering for Jon the Propagator’s weekly meme. They will not strictly be the worst, as I am not including the perhaps inevitable presence of dandelions, couch grass, bindweed and ground elder. The first two of these appear throughout the garden but the latter sneak in under the fence stretching from the main borders to the fruit cage and but so far restricted to that boundary.

The first of my six is the mock strawberry, above, Potentilla indica, which has been in evidence since we first came here 25 years ago but which is increasing, not helped by needing a trowel to remove it. I used to think it was a wild strawberry and edible; sadly it isn’t! Equally intractable is creeping woodsorrel, Oxalis corniculata, which used to be confined to the rose garden but is now appearing throughout the garden; at one time I tried to remove them before they flowered and the seeds ripened, but I am rather negligent these days! 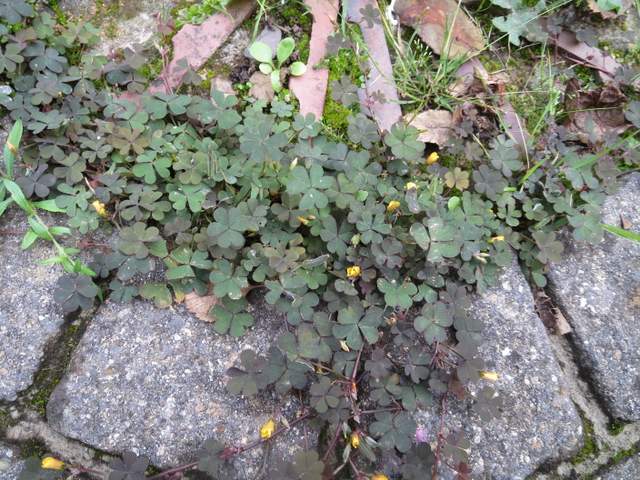 Pooping up everywhere is this rose bay willowherb relative, an epilobium of some sort. Usually evident and easily removed by hand when they are small, sometimes they appear in a border and grow to a sizeable and healthy plant before their cover is blown. The seeds on the one below are just about ready to pop: 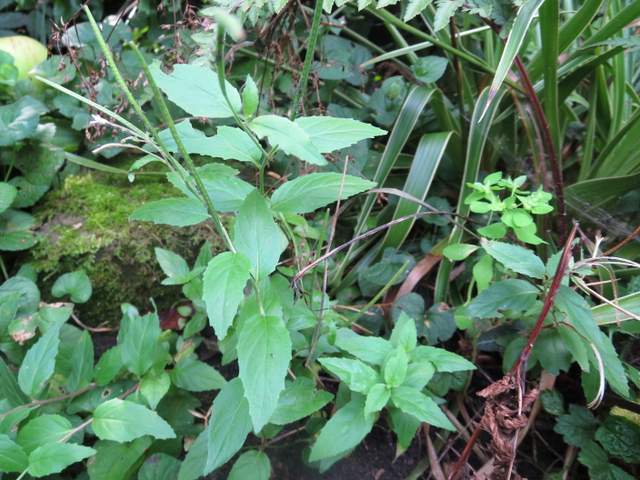 Early on in the life of the woodland I decided I had had enough of the yellow archangel, Lamium galeobdolon, and waged a war on it; with shallow roots it is fairly easy to pull out but the smallest stolon fragment with just one pair of leaves can grow into a new colony, and stolons break readily and it can quickly carpet an area to the exclusion of other plants. In the UK it is now an offence to plant or otherwise cause to grow these species in the wild. Mine has spread again so the war will continue, but here is a prettier white version which may or may not be a ‘dead nettle’ 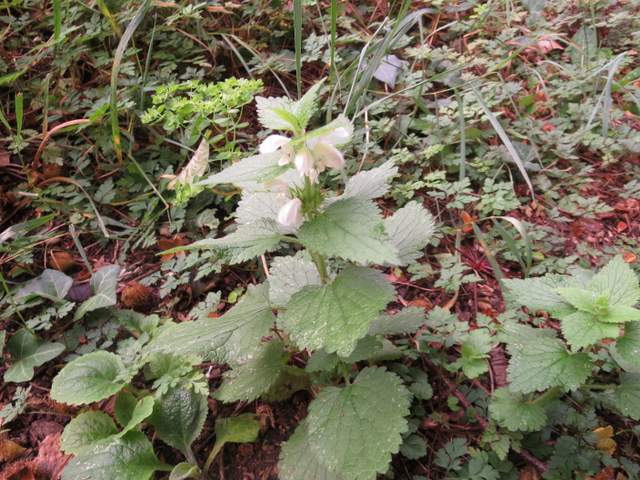 I was pleased at first to see these violets appearing in the garden, but now they have increased exponentially I am less pleased with them, especially when they rarely flower: 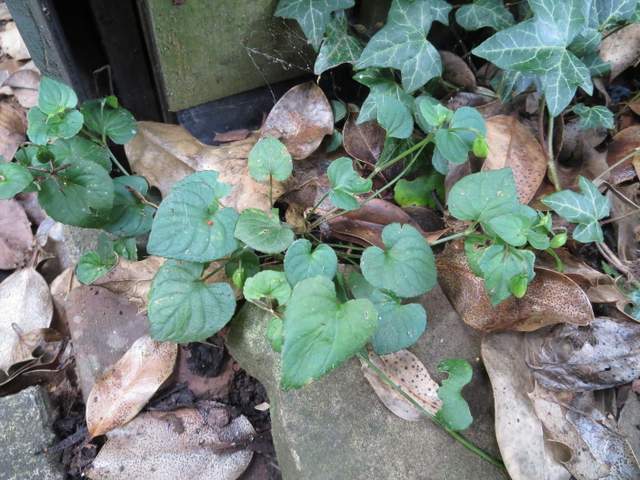 I am including Herb Robert or Geranium robertianum as my sixth because it is widespread throughout the garden, but I have a completely different relationship with it, perhaps because it is a geranium? It romps happily in the woodland and pops up here and there but mostly I will let it be although it is easily pulled out if it appears in a border or anywhere else it overstays its welcome. Every so often a white flowered example appears instead of the pink, which is always good to see. 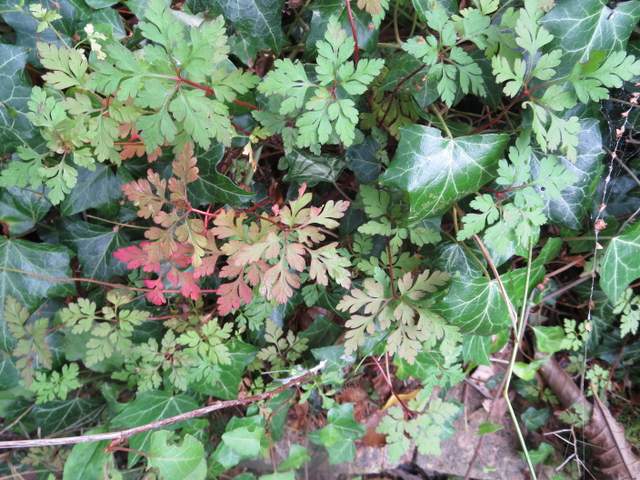 I was going to include some of the potentially thuggish self-seeders too, but they will easily fill up another post so I will stick with just these wild and weedy ones for today!

Like Loading...
This entry was posted in Gardening, Gardens, pests and weeds, Six on Saturday, wild flowers. Bookmark the permalink.

24 Responses to Six on Saturday: Wild and Weedy