Thirty One Speedy Days of August

I had to keep reminding myself that it was the end of August today, a relatively uneventful month with very nondescript weather, days and overcast days with occasional sunny periods and relatively little rain. Perhaps it was on a mission to get itself out of the way and move onto something a little different?

The garden has certainly moved on from its summer glory, with less colour in evidence in most of the borders but inevitably there are some plants that keep on giving throughout the summer months and many of the roses are flowering again (look at Rural England climbing into the apple tree in the top right of the above picture), although many of the clematis are flowered out. I am deadheading and cutting back on an almost daily basis now, but the garden is not entirely shabby yet – and the annual and dahlia beds are as colourful as ever. Do look through the photos and see you what you think, starting with the views from the back of the house above and below, and then watch the short video afterwards for a three-dimensional tour.

The shrub border also from the other direction, looking back towards the house:

The woodland , the view of the main borders from the bothy at the far end and the same view from ground level:

The clematis colonnade and heuchera bed, then the woodland edge border from both directions: 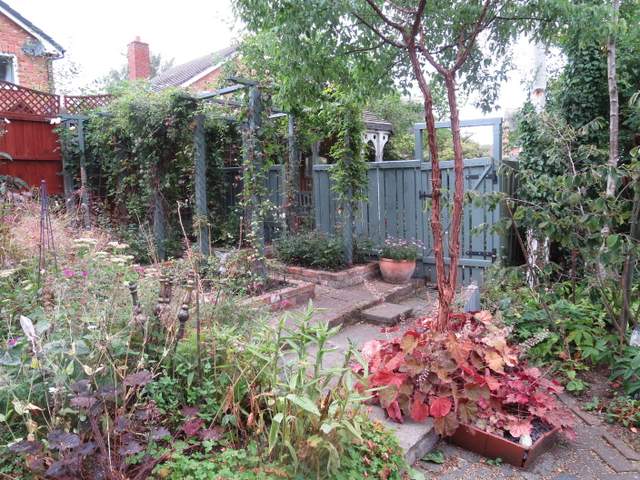 The dahlias and cutting beds: 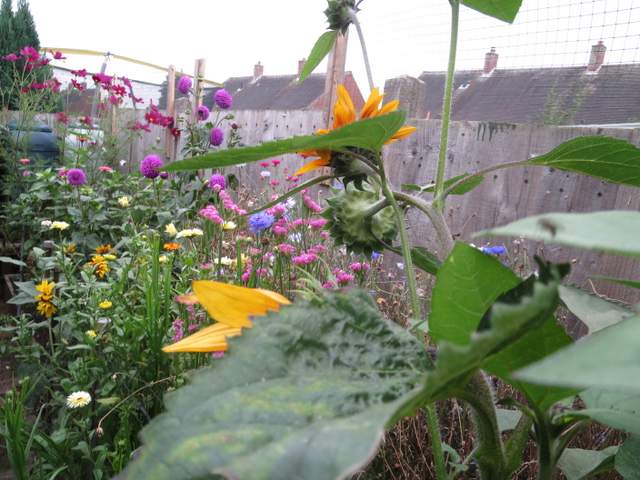 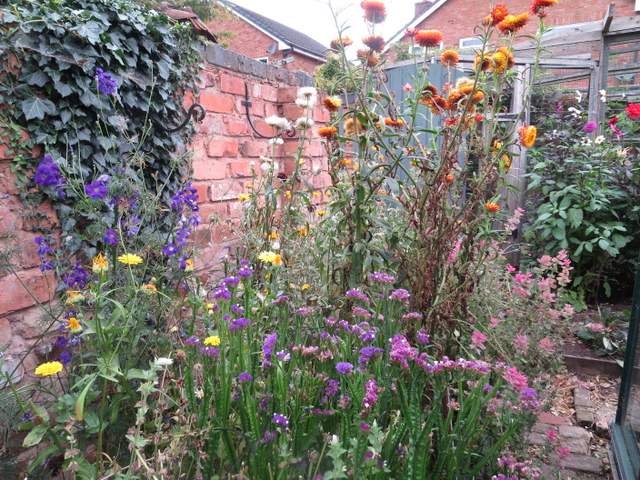 The blue & white borders, rose garden and walking through the main borders we saw earlier:

Returning towards the house, the annual border and the view across the paved area: 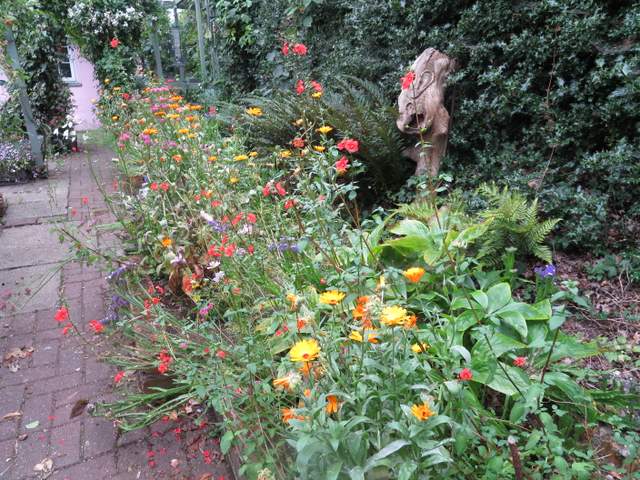 Into the Coop and then towards the exceedingly leafy Coop Corner, where I spied some out-of-season blooms on the Clematis armandii: 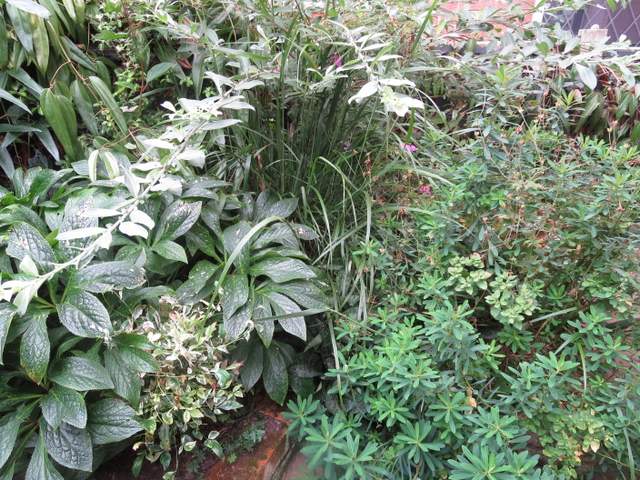 There are some tucked away bits you don’t always see photos of, but the video will give you a glimpse of some of them so do take the 5 or 6 minutes needed to watch it within this blog or click here, and then let’s all see what September has in store for us!

17 Responses to Thirty One Speedy Days of August