Out and About Again 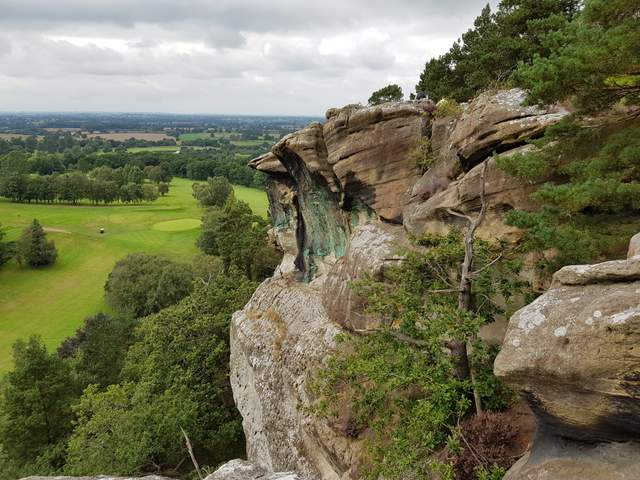 The second of our brief forays in the campervan took us into Shropshire, the adjacent county. Unfortunately, the timing of the overnight stop we were able to squeeze in this week precluded visits to two very worthwhile Shropshire gardens, although admittedly I had already visited Wollerton Old Hall three times already. This gave us time, however, to revisit Hawkestone Park Follies,  a range of dramatic and rugged natural sandstone hills that were developed to include gullies, caves, towers and bridges, becoming one of the most visited landscapes in Britain during the 19th Century. I visited in the 1990s with my Girls and in 2007 with the Golfer but the place is just as magical as ever and unlike anything I have ever visited before, and the following photos  really are just snapshots of a very unique place: 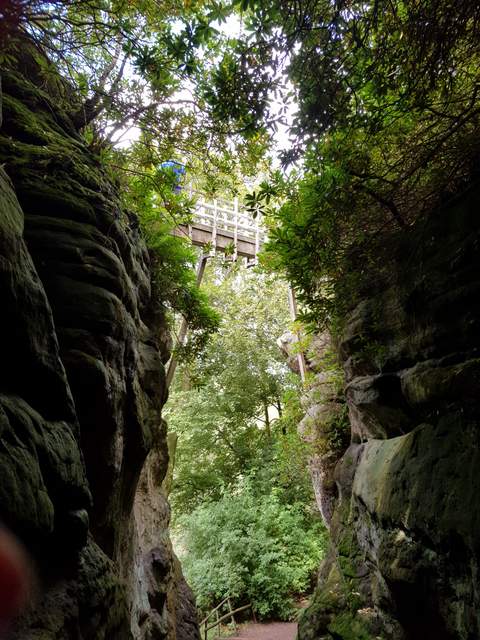 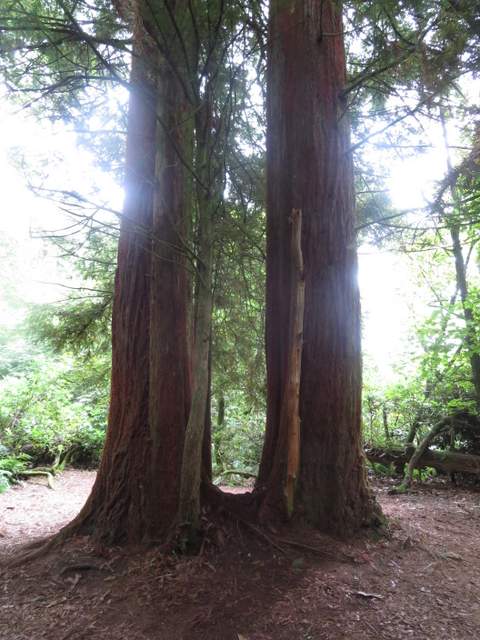 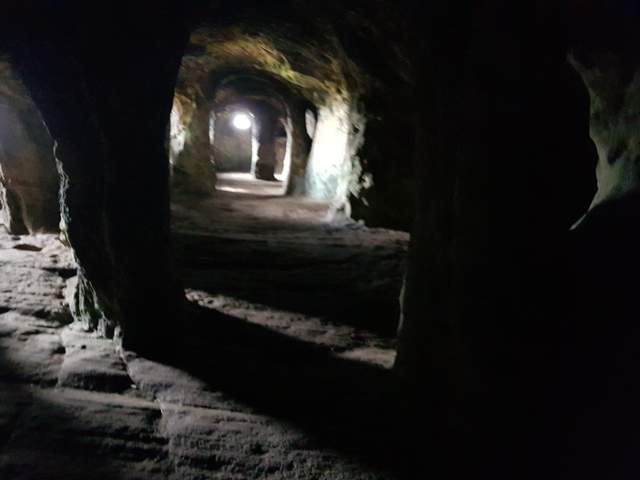 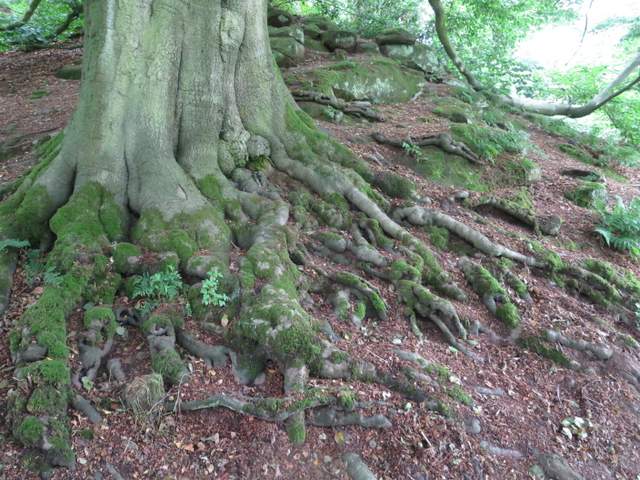 It was an energetic slog around the park, so we were more than ready for a gentler amble around the gardens surrounding a Georgian country house, Goldstone Hall Hotel. The five acre garden was deceptive in size, and although unfortunately not at its best there was still an air of ‘shabby chicness’ about it, notably in the varied borders, a herb walk and a productive fruit and vegetable garden. Talking to the head gardener, we learned that his team had gone from four to just himself over the Covid period, inevitably making maintenance of a garden this size an uphill struggle 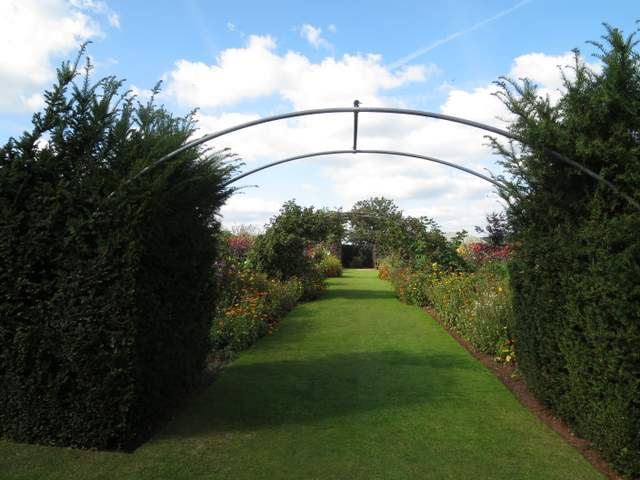 Following our overnight stop near the Shropshire Union Canal we visited the 12 acre hillside Dorothy Clive Garden, set up by Colonel Harry Clive as a place of rest and continued horticultural education for the general public. The garden was originally created by Colonel Clive in 1940 to provide his ailing wife Dorothy with a ‘series of interesting walks’ as she battled with Parkinson’s disease. Unfortunately, Dorothy died in 1942 but Colonel Clive continued work on the garden throughout the 1940s and 1950s, and in 1958 management of the garden was then entrusted to a newly established, small-scale, independent charity.

Like Goldstone, the garden was not at its best, with summer borders waning and seasonal winter and spring interest absent, but it still succeeded in providing a ‘series of interesting walks’, and its educational work with schools, homeschooled children, and adults is commendable. Teeming with volunteers, the garden is clearly valued in the local area and is a popular venue on the Plant Hunters’ Fair circuit.

12 Responses to Out and About Again