Six on Saturday: Not All Visitors are Pink

Later than in most years, the roses are gradually coming out to play; ‘Strawberry Hill’ was the first, climbing over the arch at the back of the main borders. She has a very dishevelled appearance, as if she got dressed in a hurry in a distinctly strawberry shade of pink. 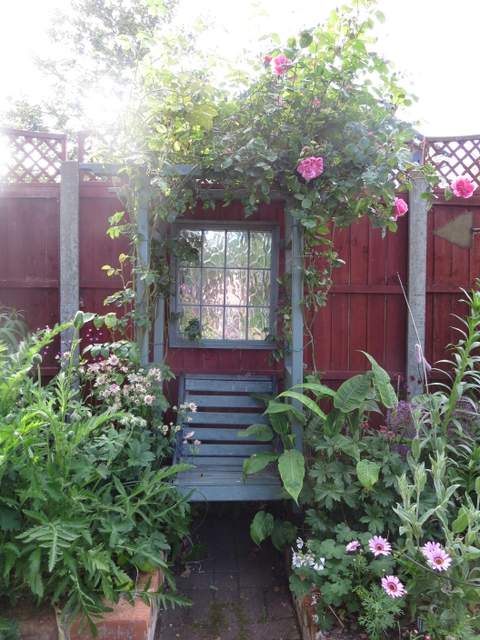 ‘Olivia Rose Austin’, the rose I showed on Wednesday, really is the most perfect ‘quartered’ rose and a glorious shade of pale pink, not that you would know from the sun-bleached photograph of her on location. She came to visit for the first time early last year, and quickly settled down into a shapely and healthy bush, immediately becoming one of my favourites. 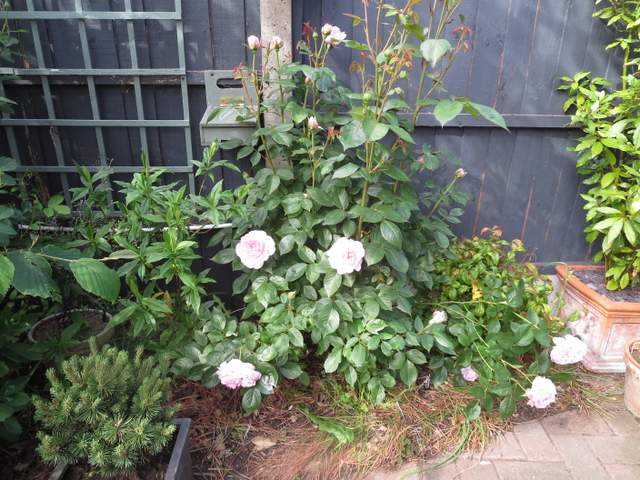 The third rose to get going this year is ‘Gertrude Jekyll’, said by some to be the most popular rose ever. She has been resident here for a number of years but moved house about three years ago, leaving the gallery fence for a new abode at the end of the shrub border. She has taken a little while to settle in but this year her decision to move was rewarded and she is looking wonderful, with more blooms than I have ever seen before, even at this early stage. She is a deeper and brighter pink than the other two, and very appealing – probably set to become another favourite!

I have managed to get a close up of one of the bees from the bird box, and am fairly confident it is a tree bumblebee Bombus hypnorum, a species not known in the UK till 2001They are associated with open woodland and are commonly found in gardens that have a similar type of habitat, nesting in cavities such as old birds’ nests, bird boxes, or roof spaces. It visits a wide range of flowers, particularly those of soft fruits, such as raspberries and blackberries, emerging from hibernation early in the spring, around February or early March; males are seen in late May and June but by July the nests are usually defunct. The bees buzzing around the entrance are males, and harmless.

Meanwhile, ‘our’ red mason bees have filled up some of the nesting tubes, capping them with ‘mud’, after having seen no activity there since they hatched early in April, leaving me a little concerned that they might not have coped with the frosty nights following the emergence from their cocoons. They tend not to be active after June, by which time leafcutter bees will have emerged and will quickly fill any empty tubes, destroying rose foliage as they do so! 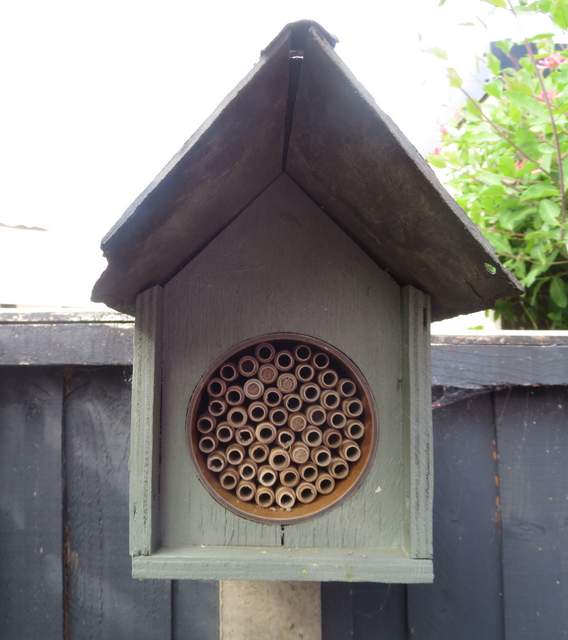 Lastly, the sixth of my Six on Saturday, the meme hosted by fellow blogger Jon the Propagator, is another visitor, very cautiously made welcome – despite the shock of finding him right outside our back door! He is of course ‘just’ a humble grass snake, and therefore harmless, but I did double check as I am pretty sure I have never seen one before. Apart from the compost heap, our garden isn’t really the ideal habitat for it, although when I saw him he was basking in a sunny spot – sadly I didn’t see which way he slithered off. It feels a privilege to play host to hedgehogs, bees, a grass snake and a range of birds in the garden, although wood pigeons are categorically excluded from this welcome! 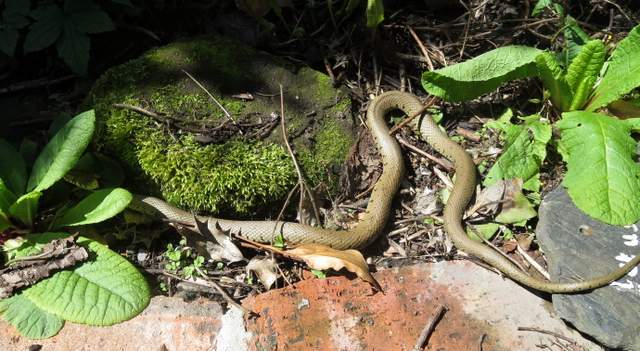 23 Responses to Six on Saturday: Not All Visitors are Pink