In a Vase on Monday: Dark and Brooding 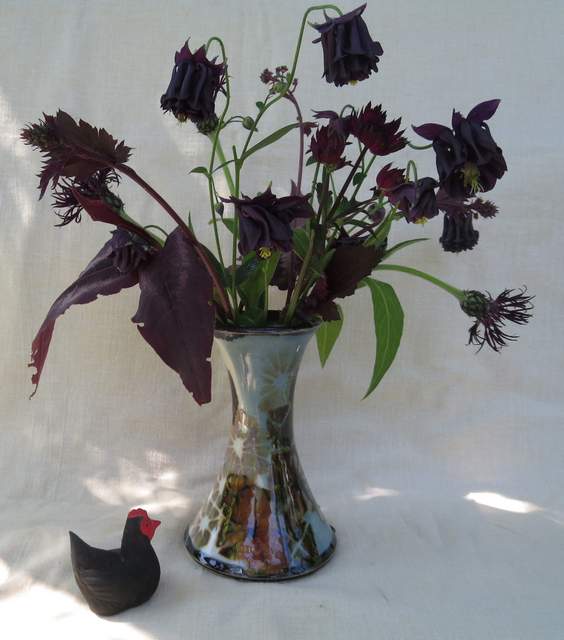 I had no preconceived plans for today’s vase but, once rambling with the secateurs began, it was the range and complexity of form of aquilegias in the borders that jumped out at me. Instead of a dolly mixtures confection, however, I chose one of the deepest and darkest, seed-sown from a Touchwood Aquilegias blend called ‘Indigo Pompoms’, pairing it with equally dark Centaurea ‘Jordy’, unopened flower spikes from an unnamed heuchera, blood-red Astrantia ‘Bloody Mary’ and the marked foliage of Persicaria ‘Red Dragon’.

A shapely heavy-based vase in dark brooding colours, bought from a car boot sale on the Isle of Wight in 2019, seemed an appropriate receptacle and in hindsight could have held more of the same, for greater impact. An unglazed black chicken from my large collection of hen ‘things’ accompanies it, pondering over the big chicken question of which came first, while she broods.

If you would like to share a vase of any sort today, please link to and from this post so we can enjoy your findings too. See you soon! 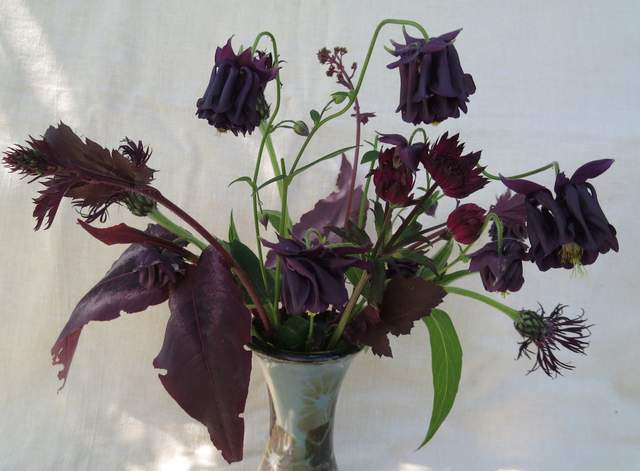 28 Responses to In a Vase on Monday: Dark and Brooding