Six on Saturday: Wisteria in Bud!

The buds on our wisteria are swelling nicely and in profusion…but sadly I am not the only one who has noticed, as you can see from the photo above… The blame rests, I am pretty sure, on the chunky shoulders of those big fat wood pigeons who have been strutting around the garden recently, showing off their pigeony charms to fellow pigeons – and I am not best pleased to say the least! Last year was an unusually poor year for blooms on the wisteria, the lower branches being largely devoid of flowers, and it was the first time I had heard mention that birds (and especially pigeons) can be responsible for stripping 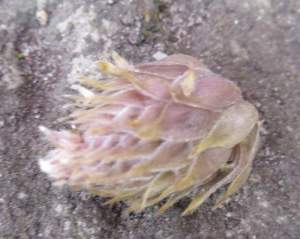 wisteria buds in this way. I don’t know if that was the reason behind the poor showing last year, but this year the evidence was there for all to see – several complete buds on the ground, and the remains of an unknown number of shredded buds….grrrr! Whether or not there will be a continuation of this devastation is anyone’s guess, but any pigeons in the vicinity will undoubtedly be given short shrift, just in case…

The good news, however, is that my efforts in the working greenhouse last weekend seem to have paid off, with all seedlings transferred into fresh compost and now looking visibly perkier and, although probably coincidentally, with no sign of any further greenfly. Having resown the most recent sowings in the alternative compost, a good indication of the difference between them can be seen in these two trays of scabious, sown just days apart, in the new compost on the left, the old on the right…even on germination seedlings in the first compost are smaller, so no wonder there is a knock-on effect on progression of growth. 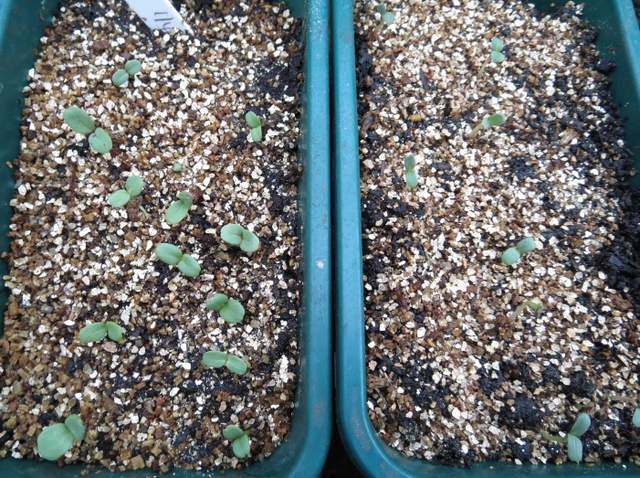 I regularly fail to notice when the amelanchier is in flower, mainly because of where it is, and am usually alerted when looking out of the kitchen windows and seeing it diagonally across our neighbours’ gardens (because of the ‘dog-leg’ of our own); it’s certainly in full bloom now, and looks better against the background of a blue sky. Unfortunately, I didn’t get SoS photos taken till later in the day, but you will get the general idea.

Last week’s Clematis alpina ‘Constance’ is now fully open, and joined now by ‘Pamela Jackman’ and the chunky lantern-shaped bulbs of  C koreana ‘Amber’. Each of the eight posts on the clematis colonnade has been planted with both a spring and a summer flowering clematis (pruning needs care!), although three of the spring varieties need to be replaced but with limited stock at the specialist suppliers that will have to wait until later in the season.

Down in the Coop, as the spring bulbs begin to wind down attention can be turned to later flowering ones, and watering eucomis, calla, nerines and the like has begun again. It’s always exciting to see them re-emerge, and first to thank me is Eucomis pole-evansii: 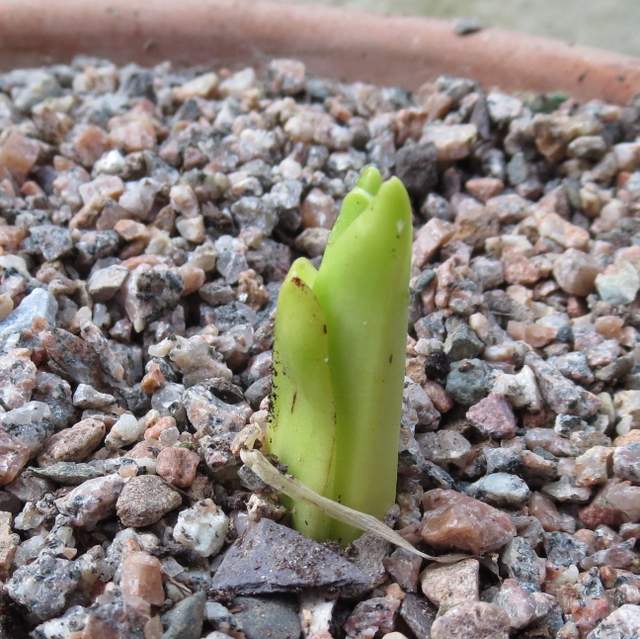 I will finish my Saturday Six for Jon the Propagator’s weekly meme (do visit his blog for other sixes) with some more spring colour. I could show you the pretty pinks and spotted throat of Rhodendron ‘(Christmas) Cheers’ but I shared the first glimpses of that last week so instead

…oops, too late, it just slipped out! Ahem, instead I will show you another in a succession of hippeastrum in the Coop, this time ‘Happy Memories’. To the right of it is a glimpse of the supposedly orange ‘Naranja’, definitely a wrong ‘un.

29 Responses to Six on Saturday: Wisteria in Bud!