Six on Saturday: the Streamside and Other Projects

I got a shock looking through photos to try and find one which showed the overgrown streamside border because, at this leaner time of year, I had somehow forgotten how floriferous and leafy the garden is in summer! The one above was taken at the end of August but there was even greater abundance in the July view I considered; neither shows the streamside border very well, but one end of it is just visible under the pergola on the left of the photo. The (pumped) stream runs between the border and the grassy area, not that you can really see it because much of the border has filled out and spilled over to conceal it. Sandwiched between the paved area and the stream, the border has also become home to an unwelcome quantity of couch grass, and if you watched the end of month video last week you will have seen that work began last week to eradicate it and blitz the border as a whole. 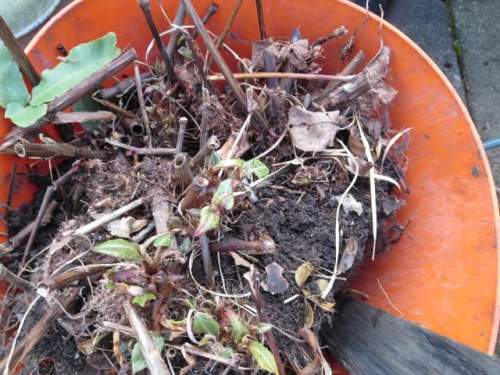 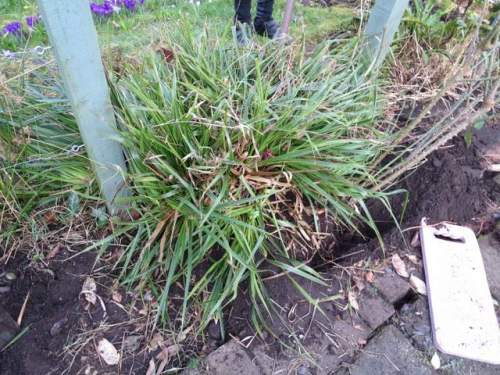 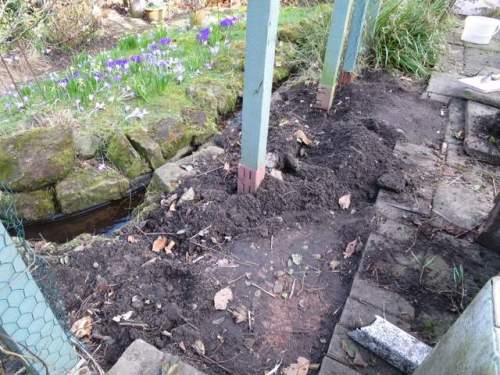 As well as removing couch grass, the pretty but rampantly spreading Geum rivale was in for the chop, with clumps of persicaria and various grasses downsized and dormant clumps of astilbe and painted ferns rescued and replaced. Once the thinned out plants were replaced in the now empty border, any loose soil was swept up and sifted before replacement to avoid any snippets of couch grass sneaking back in. The task was not without mishaps (but fortunately with no dislodging of rocks or sending of loose soil into the stream), and saw me flat on my back like a stranded beetle at one point and left the Golfer hobbling all week with an extremely bruised foot after a slab he lifted broke in his hands and landed on it…ouch! But the end result was worth the pain and the effort, as you can now see the stream again!

Other tasks, in what must have been an especially busy week as I completely forget about posting a Wordless Wednesday picture, were minor and completely without mishap – more seed sowing and pricking out, cutting back clematis, ordering more (why not?) roses and other outstanding tasks like preventing the frequent falling over of these top-heavy galvanised containers, which would normally sit decoratively in the shrub border, by filling them with concrete to  add stability: 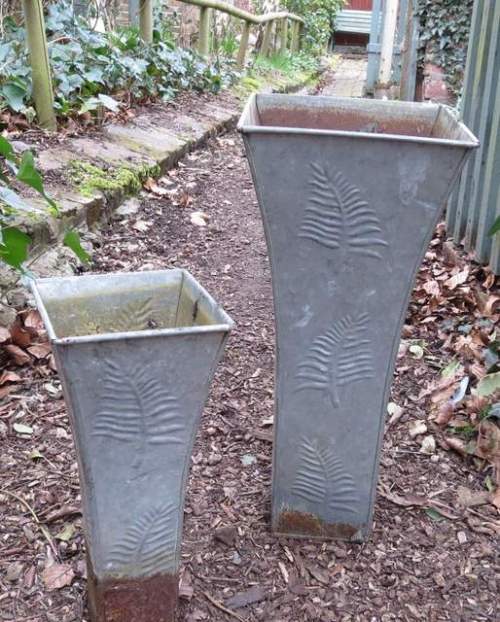 … and lifting the dovecot folly off its post to tackle removal of the remnants of the wasps’ nest which filled it last year, leaving the Golfer to make detours to get to the shed to avoid walking past it. The ‘entrance’ will then need to be discretely blocked to prevent it happening again: 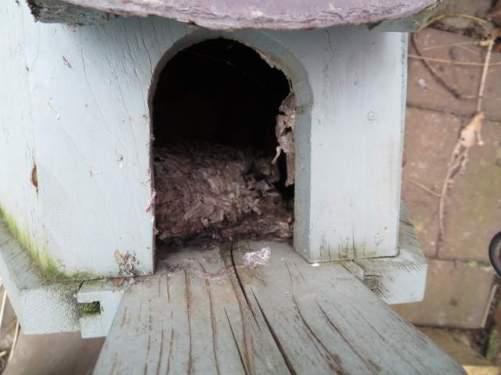 By including several photos of the streamside border project, I must have already more than filled my SoS quota, so shall leave it at that for this week. Do visit our Saturday host Jon the Propagator to see his six and those of other bloggers who, I am sure, will have been dutifully strict in their counting.

Like Loading...
This entry was posted in garden structure, Gardening, Gardens, projects, Six on Saturday. Bookmark the permalink.

37 Responses to Six on Saturday: the Streamside and Other Projects