Boxing Day Blooms and an Apology 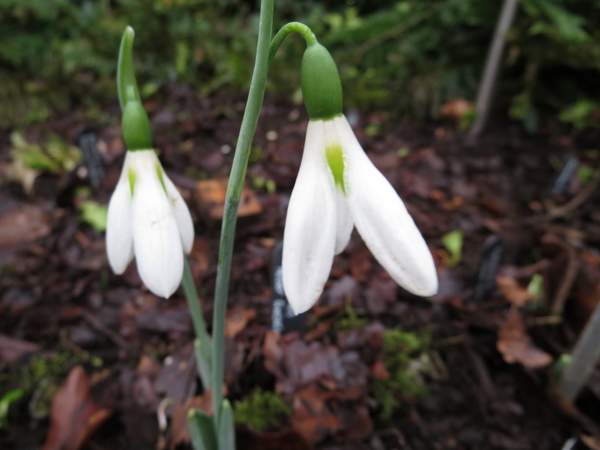 For the eighth time, I have made a count of what is blooming in the garden on Boxing Day or thereabouts, always an interesting exercise and one that highlights the differences in winter from year to year. Not surprisingly, with the relative mildness of this winter so far, the 2020 count is one of the highest.

Starting with snowdrops, two thirds of my ‘special’ named varieties are already poking above ground, the highest number ever at this stage with 6 currently in flower: Faringdon Double, Fieldgate Prelude, Gabriel, Three Ships, Snow Fox and Peter Gatehouse (above). I am only including this one photo, with Peter’s distinctive long slim pedicels, because unless fully open on a sunny mild day the others are little more than white blobs with no clear distinguishing marks. Elsewhere, the common snowdrops are emerging too, a sight not usually seen at Christmas.

There is invariably at least one witch hazel sporting blooms on Boxing Day; this year there are two in full bloom, two with a fair sprinkling of blooms and the first sign of colour on a couple of others. Below we have from left to right Hamamelis ‘Orange Peel’, ‘Diane’ and ‘Magic Fire’, with ‘Jelena’ in the two lower pictures. When Orange Peel first came into bloom this year I found myself thinking it may be my new favourite – until Jelena bloomed and I fell head over heels in love with her abundance all over again! 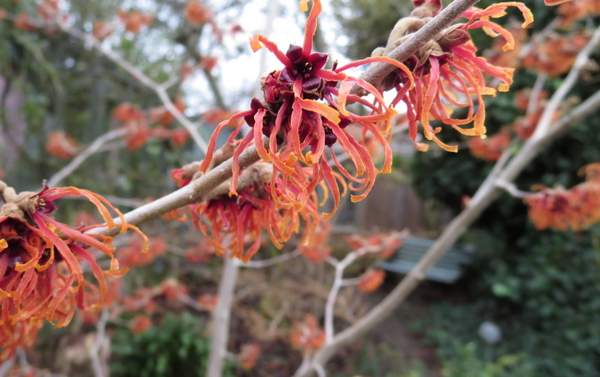 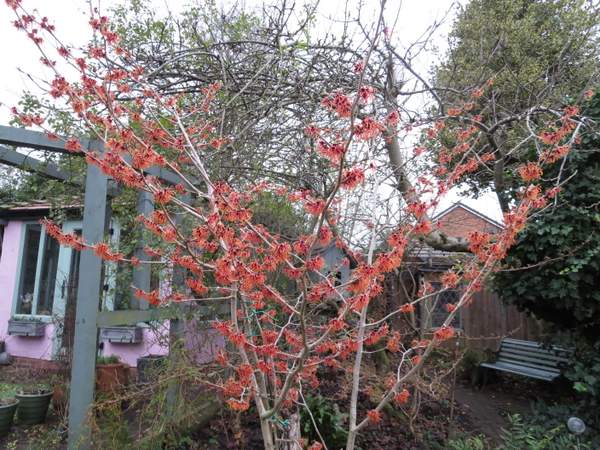 Fragrant and reliable stalwarts of the winter garden are winter honeysuckle, viburnum and sarcococca, all tough to photograph successfully with a compact autofocus camera – clockwise from top left Lonicera ‘Budapest’, Viburnum bodnantense ‘Dawn’, Lonicera ‘Winter Beauty’, Sarcococca (humilis?). The distinctive hint of pink on Budapest is still noticeable despite the poor quality photo. 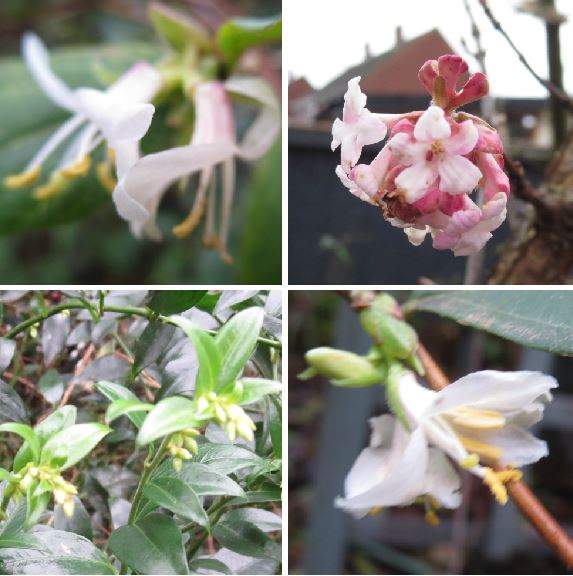 Hellebores seem to vary considerably in their flowering period but invariably no more than a few would have begun flowering in December. This year there a number in bud, but it can take weeks to go from bud to bloom, so I have only included those with open flowers. Clockwise from top left  H foetidus, Anja Oudolf, Double White Ellen Spotted, White Beauty: 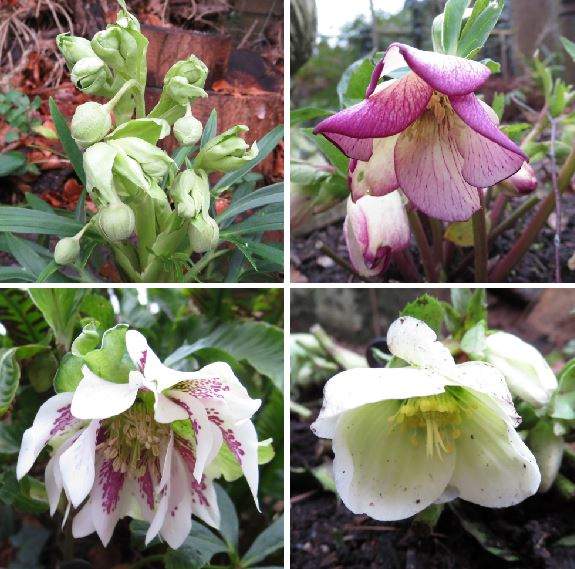 In flower for far more months than not are comfrey Symphytum ‘Hidcote Blue’, Campanula portenschlagiana and fleabane Erigeron karvinskianus:

And a special mention must go to equally long flowering Erodium manescavii which is just about hanging on: 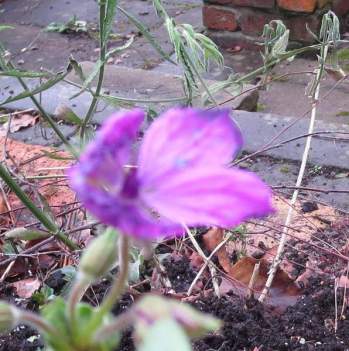 Bedding plants to brighten the winter months are violas and the cultivated form of Bellis perennis. Along with two different bright blends of viola from Aldi are seed sown ‘Cool Wave White’ and ‘Cool Wave Frost’. Germination of the latter two was really poor this year and the resultant few plants have not yet been planted out. 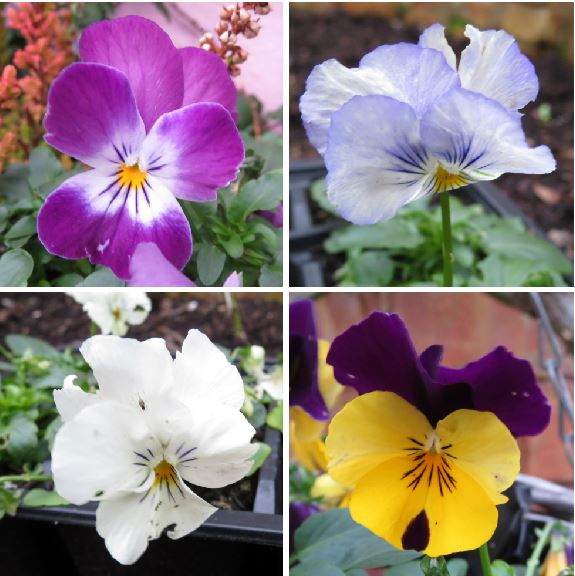 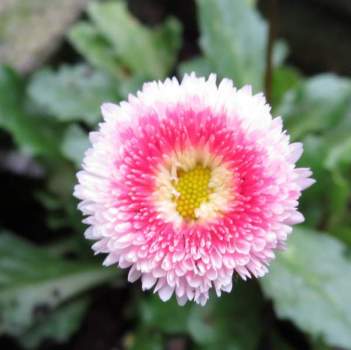 Elsewhere in the garden is Salvia ‘Amistad’ (will it overwinter this year?)… 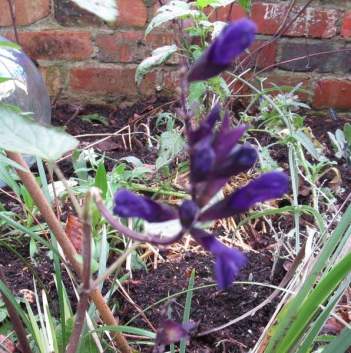 Primroses here and there… 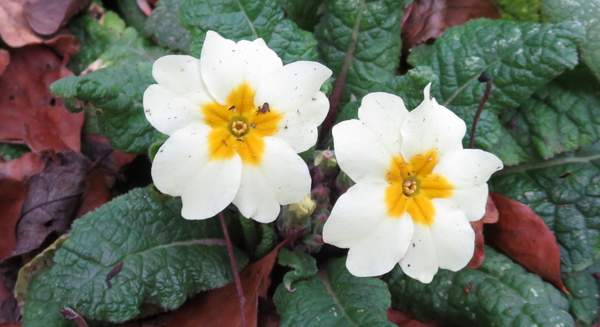 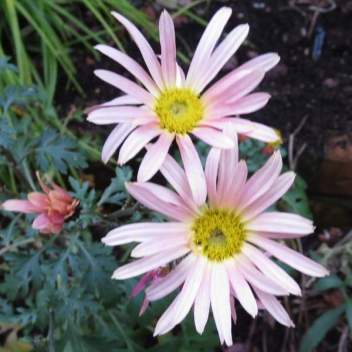 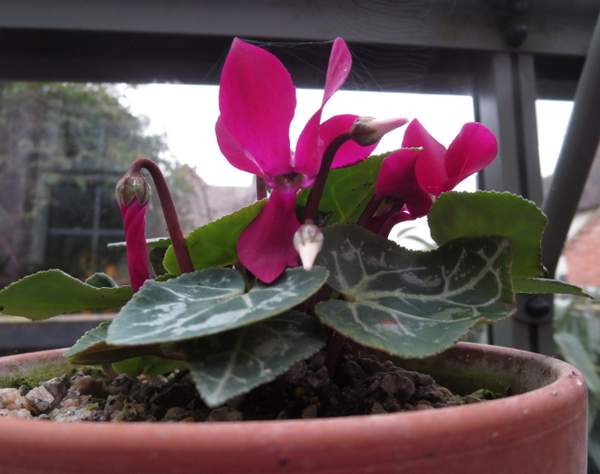 And finally, nearly forgetting they are flowers, are catkins of silver birch and twisted hazel Corylus avellana ‘Contorta’…

And the apology? So many of you were concerned that I should only be offering Santa cold tea on Christmas Eve that I have become a victim of my own honesty – if I had just called it ‘sherry’ instead of the cold tea it was meant to represent then I might have got away with it! But now we have another problem: when Tony was informed that the carrot was for Rudolph he quite rightly asked about the other reindeer, so not only did I fob Santa off with cold tea but his posse of reindeer has been having to fight over one measly carrot between them for all these years! Perhaps not surprisingly the cold tea and the single carrot were ignored, but the mince pie had gone by the morning and it must have been especially nice as there were some presents left under the tree. Nevertheless, an apology to Santa and his team is still in order – sorry... 🙄

33 Responses to Boxing Day Blooms and an Apology