In a Vase on Monday: Rude Not To 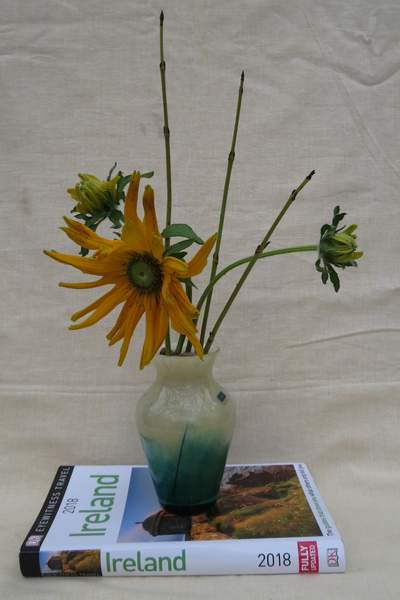 I don’t know when ‘it would be rude not to’ first entered common parlance, but it now seems to be in many people’s vocabulary, just like the ‘been there, done that, got the T shirt’ phrase. No T shirts were involved in today’s vase, but it would have been rude not to have picked the last stems of Rudbeckia ‘Irish Eyes’ which seem to have gone on forever. Today they are smiling in my vase, yet another Caithness Glass example, along with three stems of Cornus sericea ‘Flaviramea’, with a copy of a guide to Ireland which we used on a whistlestop trip in the campervan two years ago used as a prop. 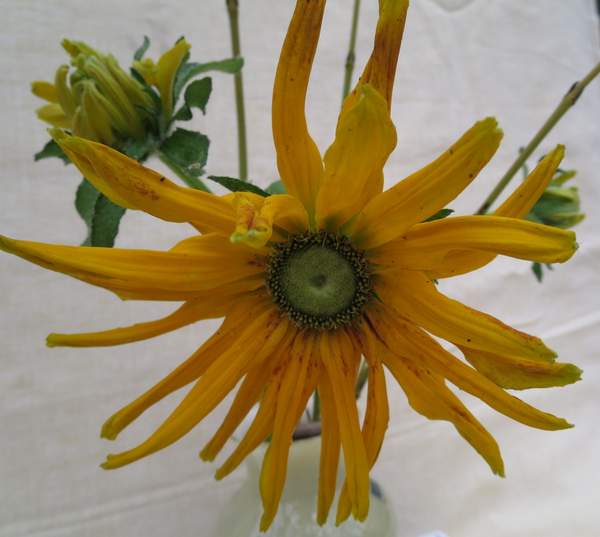 Are there scraps still flowering in your garden? If so, perhaps you could share them with us in a Vase on Monday – although it needn’t even be blooms, nor a vase, just something from your garden or foraged locally and popped in any sort of receptacle to bring you pleasure during the week. Just leave links to and from this post if you would like to share your findings with us.

Like Loading...
This entry was posted in annuals, Gardening, Gardens, In a Vase on Monday and tagged flowers in a vase. Bookmark the permalink.

35 Responses to In a Vase on Monday: Rude Not To