Six on Saturday: the Good, the Bad and the Downright Ugly 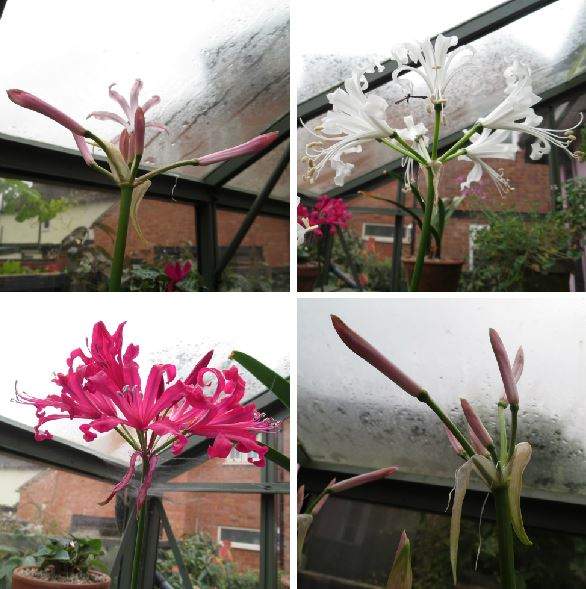 Mostly good, thank goodness, like these lovely nerines in the Coop, clockwise from top left: the ordinary Nerine bowdenii, then N bowdenii ‘Alba’, ‘Albivetta’ and my favourite ‘Mr John’. I choose to grow them in pots under cover and although the Coop does not provide them with the baking sun that they like, I am regularly getting a smattering of flowers in the autumn.

Also in the Coop is the first hint of colour on the two indoor ‘fantasy’ chrysanthemums, ‘Salhouse Joy’ on the left, ‘Kiyomi No Meisui’ on the right, the latter (new for this year) suggesting a purple rather than the pure white bloom it is meant to be. These should both produce blooms with spidery tentacles in due course which, when you consider all the months it has taken to get to the stonking size the plants have become, should be worth waiting for. Last year, sadly, ‘Salhouse Joy’ quickly fell foul of whitefly and I was only able to enjoy a few blooms before cutting it right to the ground became the only solution. I am on standby this year to nip the problem in the bud, should it arise again! 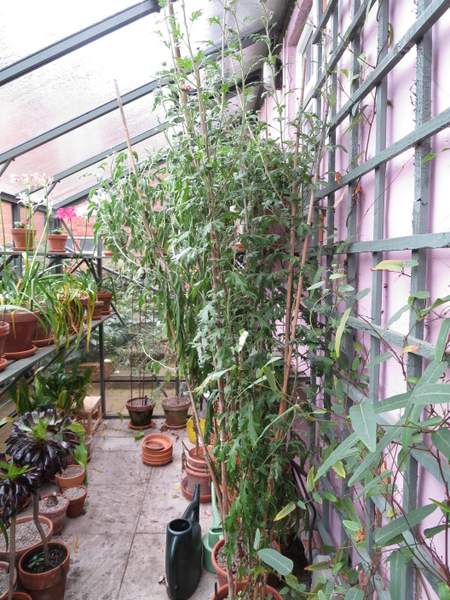 Also on the ‘good’ spectrum is the continued change in shade of the witch hazel foliage, with any remaining green on those I showed last week brushed over with yellow, after a week of rapid change in the garden as it takes on an overwhelmingly autumnal appearance: 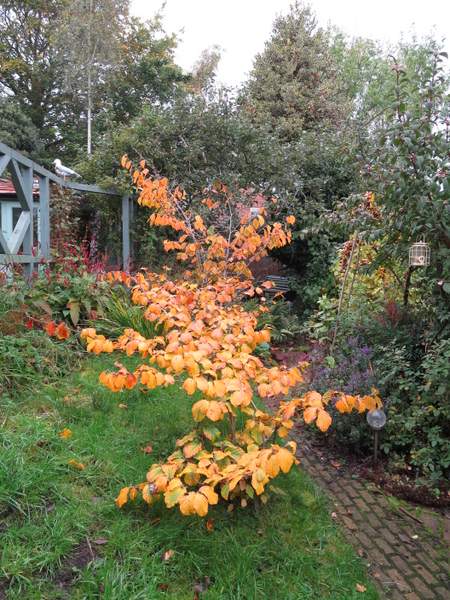 Thinking ahead to the joys of the snowdrop season, I am delighted to have the first signs of my collection appearing in the last couple of weeks, having added two autumn flowering varieties last year. Sadly, someone has already got to Galanthus reginae-olgae ‘Cambridge’ (right), which had been sporting two flower buds, but fortunately G elwesii ‘Barnes’ (left) remains unscathed.

Looking bad was the ‘rust’ I spotted on the trays of Bellis perennis in the greenhouse, waiting to be planted out this weekend to support pots of tulips. It is intriguingly powdery in appearance, is not something I have encountered before and requires further investigation, but in the meantime I have used the same fungal spray I would use on roses. Any further information from knowledgable people out there would be welcome.

*Jim of Garden Ruminations has helpfully identified it as daisy rust, Puccinia distincta, a species first reported in Britain at the end of the 1990s but becoming more common. 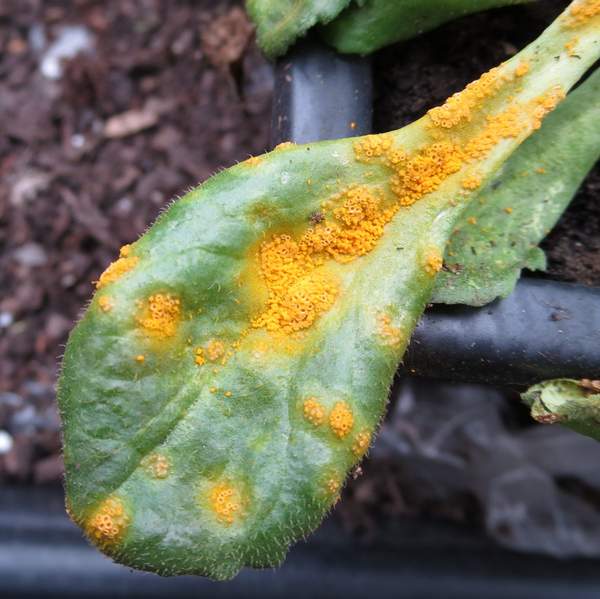 The ugly contributor to my Six on Saturday today is a shameful example of dying disgracefully, a seasonal occurrence those of us with crab apple Malus ‘Golden Hornet’ would gladly do without. Let’s hope Jon the Propagator, the host of this meme, and other SoS contributors have more pleasant photos to share! 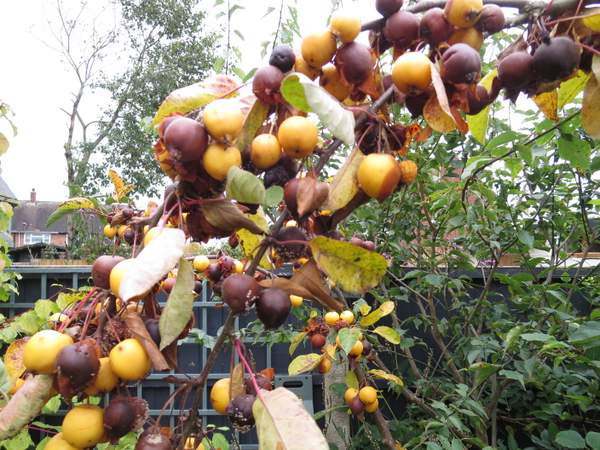 Like Loading...
This entry was posted in Gardening, Gardens, Six on Saturday and tagged autumn flowering snowdrops, greenhouse chrysanthemum. Bookmark the permalink.

23 Responses to Six on Saturday: the Good, the Bad and the Downright Ugly