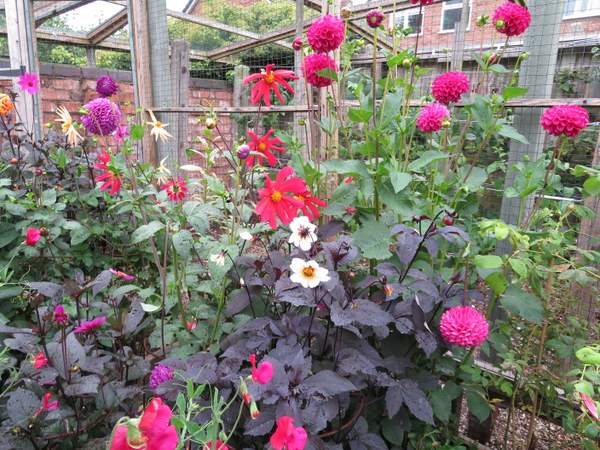 I like dahlias. Is that a bold enough statement? Strictly speaking, I don’t suppose I like ALL dahlias, but in truth I was referring to the dahias themselves making the statement, which is probably unrefutable as their solid chunky blooms would make an impact in any border or in any vase. 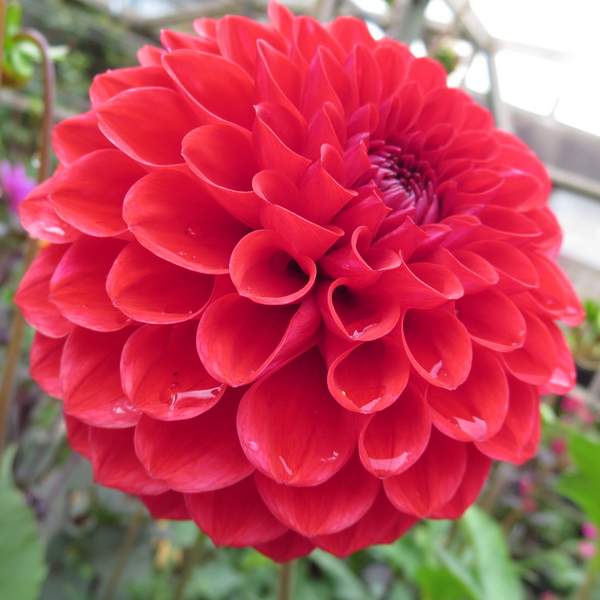 I haven’t always liked dahlias, once thinking of them as relics of old fashioned and regimented gardening, as I believe many of my fellow bloggers also did. However, in 2013 I was finally tempted to try out a tuber or two, bought as very dry tubers in packets from a garden centre, but with negligible success. A couple of years later a fellow blogger suggested buying tubers from Peter Nyssen (from whom I was already buying bulbs) and my love affair, if that is what it is, began; my knowledge has increased year by year since then, through learning on the job and from sharing experiences with blogging friends and acquaintances. I would never say I was an expert though, more (like all things gardening) an enthusiastic and reasonably knowledgable amateur. 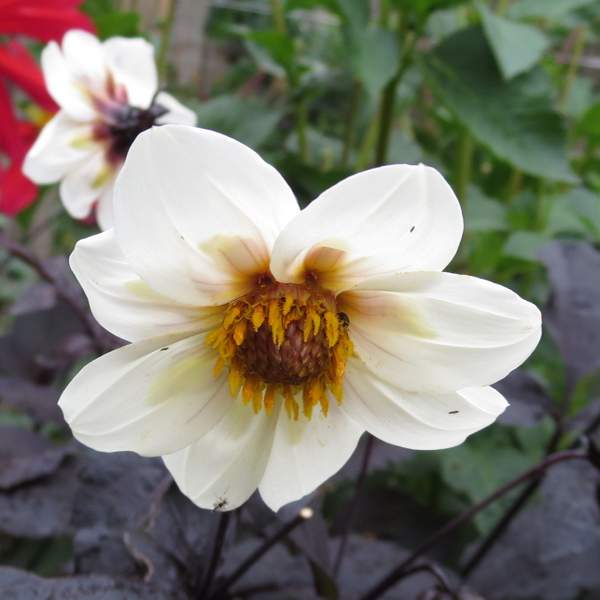 I lift my dahlias each year, once the leaves are blackened by frosts – a guaranteed response to the first frost of the season which last year was November 9th. They stay in the greenhouse for a couple of weeks to allow the loose soil to dry a little, before being trimmed and tidied and brought into the house to dry off, Once dry, they are packed snugly in newspaper and packed into cardboard boxes, doubly labelled to ensure tubers don’t get mixed up (it isn’t easy to attach labels to dahlia tubers!), and stored in a cool room. 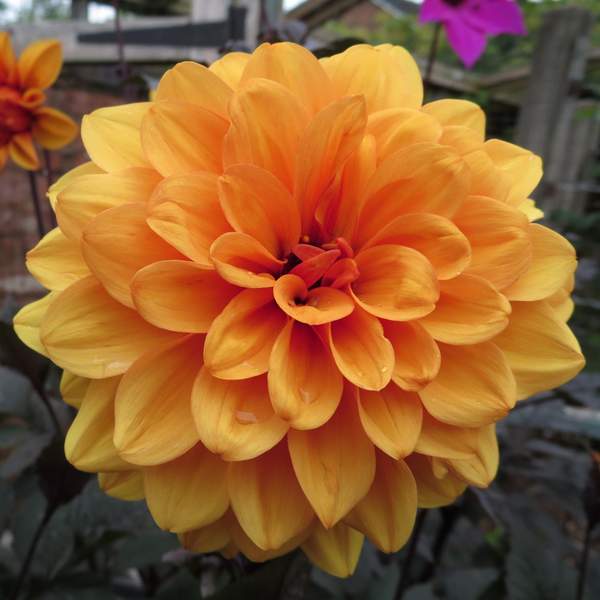 Two or three years ago I changed the timings of when I repotted the tubers, again following suggestions from another blogger, and this has extended the season by providing earlier blooms. Now they are potted up towards the end of January, using compost recycled from the previous year’s pots and seedtrays, and kept in the frost free greenhouse but without watering until temperatures began to rise in March or so. 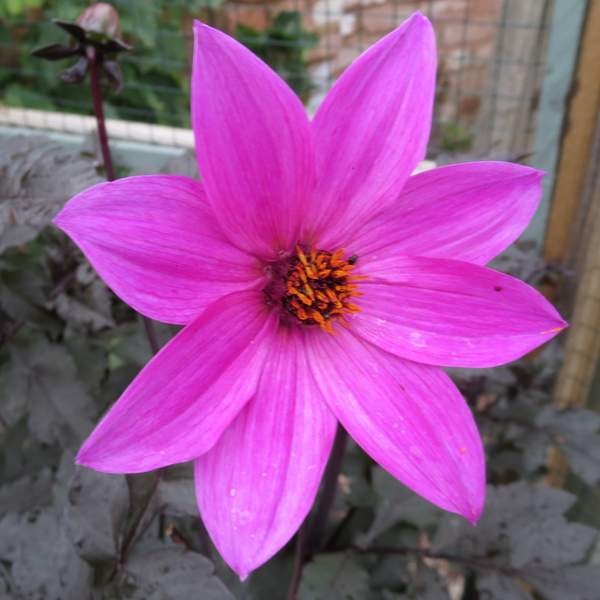 There are sometimes losses, and any completely shrivelled tuber would not be planted up, but I am happy to say that they are increasingly minimal. I could dust the tubers with suphur to increase their chances of survival before I store them, as sometimes recommended, but I don’t. The tubers take their time to start into growth but soon respond to warmer and longer days, and once they start sprouting you can begin to take cuttings, which I did for the first time this year, although only a few as our gardening openings had been cancelled. Dahlia cuttings are unbelievable easy and contrary to received wisdom do not require a piece of tuber attached; rooting within a week or two they will often catch up with the original tubers by the time they are ready to flower. 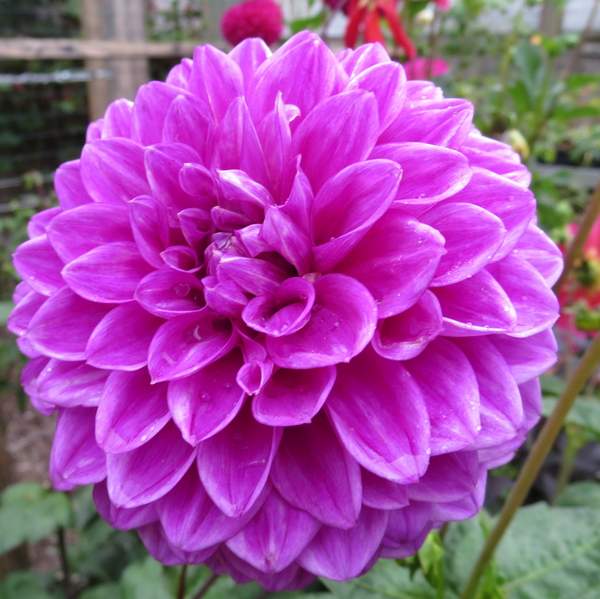 There was only one new acquisition this year, ‘David Howard’, bringing my total to 14, and  I began planting them out towards the end of April, lulled into a false sense of security by early warmth and sunshine only to be caught out by frosts in mid May. Having heard the forecast they were lightly covered, but some leaves suffered damage although thankfully only cosmetic, but this is a lesson learned, to ensure there is enough fleece available to prevent the same thing happening again. The first blooms appeared at the beginning of June and the plants can now be relied on to continue flowering into October and even November, subject to weather conditions. 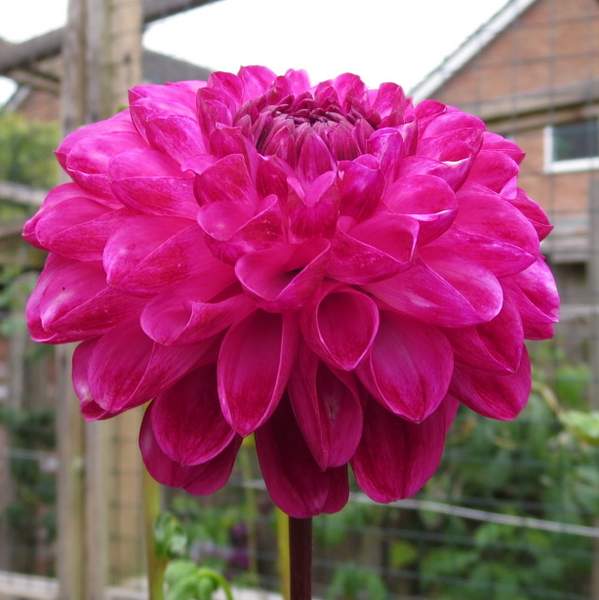 Sharing my cultivation experience was not the route I intended to go down in this post, but nevertheless I trust the six dahlias featured are good enough examples to convince any non-believer of dahlia boldness. If you would like to see what six things from their gardens other bloggers have chosen to feature, pop over to visit Jon the Propagator who hosts this meme. 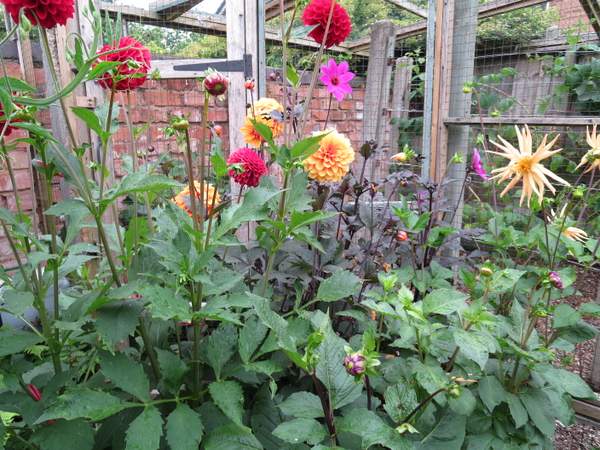 Like Loading...
This entry was posted in bulbs, corms and tubers, dahlias, Gardening, Gardens, Six on Saturday. Bookmark the permalink.

32 Responses to Six on Saturday: Making a Bold Statement