Six on Saturday: Ivy has a Habit… 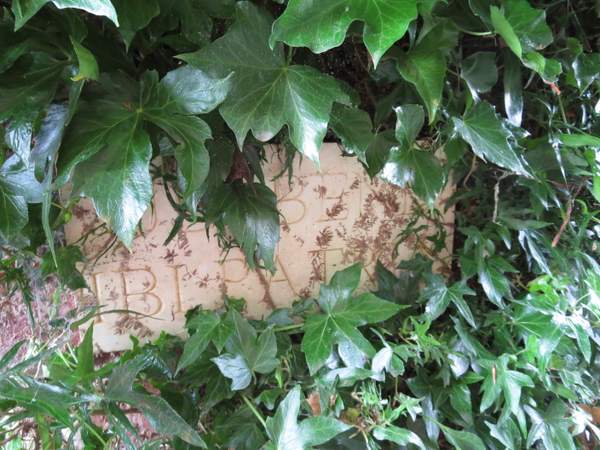 …not of picking its nose or biting its fingernails, but growing! It doesn’t seem very long since I built a wall around the compost heap, with a feature extension utilising two pieces of stained glass from an old front door, but this is what it looked like yesterday before I introduced it to the loppers and secateurs:

…and here it afterwards:

We might have gone pretty hungry otherwise, because we mightn’t have known that home is where the bread is:

Cutting back Rambling Rector was not such a straightforward task, despite it being an annual one, but at least by tackling it annually the rose no longer reaches the bird’s nest stage when a complete overhaul is required. However, it was made much easier this year by the discovery that lurking in the shed we have a telescopic pruner we had forgotten about – no more perilous reaching to pull down the stems with a fence stake with one foot on the ladder, thank goodness.

It’s not all been pruning and trimming, lopping and hacking, this week and there has been plenty of time for observation, noticing the embryonic flowers on the various witch hazels, for example. I realised a few years ago that the flowers were formed the previous year, but not that they could appear as early as this. It’s a reassuring sign, as some of them skip a year or otherwise flower badly, undoubtedly weather-related and perhaps dependent on the timing of rainfall, and there is no doubt that  Hamamelis ‘Zuccariniana’ will be smothered in blooms this winter, making up for its poor show last time. You can see seed pods here as well as the new flowers – and most of my witch hazels sport generous quantities of these, testament to the number of pollinating insects around in winter.

Further exciting news this week is that I have zinnias! Orange King, Benary Giant Lime and another from Benary Giant Mix, they were sown in mid February with a second sowing in early April as the first had suffered from aphids, and planted out mid-May. It has taken a few years, but I was close to Zinnia Success last year and have now finally cracked it – joy of joys!

I have also discovered a bud on seed sown Trifolium rubens, although it has taken a couple of years to get to this stage; this clover relative makes a pleasing and tactile impact in a border and by next year these potted ones will hopefully be snapped up by garden visitors, assuming we will be able to open ‘normally’ then. My original plant, shown here with astrantia and allium, was bought from a local NGS garden, invariably a good source of interesting plants.

The sixth of my Saturday Sixes is a query: the plant below just seemed to ‘appear’ in one of my borders this year and although without a label it is clearly not a weed. A number of plants have made themselves known this year after an absence and I suspect this is one of those, and on looking through past plant orders I see in 2017 I ordered Aster novae-angliae ‘Andenken An Alma Potschke’ (now Symphyotrichum) which this might be. I have never successfully grown asters before, so does this look like Alma, do you think?

Even if you can’t help with this, do pop over to Jon the Propagator’s blog and see what Six things he and other people have written about this Saturday. 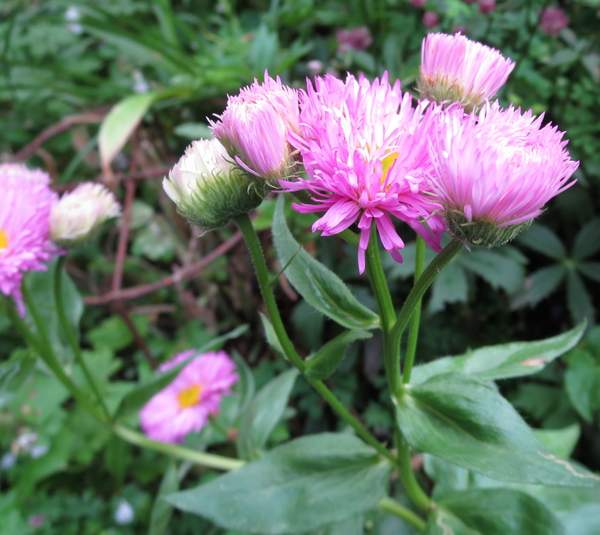 16 Responses to Six on Saturday: Ivy has a Habit…