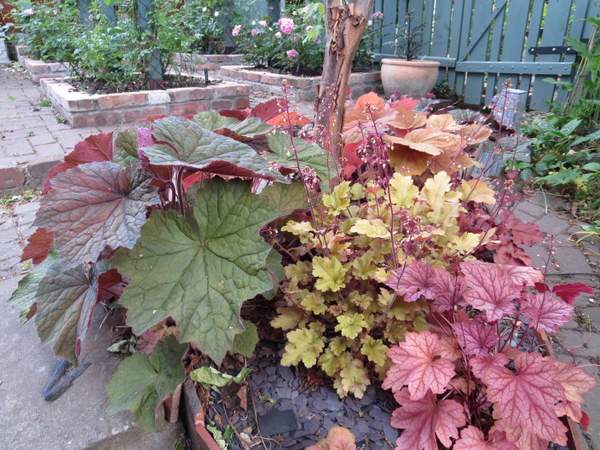 On one of my rambles around the garden today it struck me that that there were a number of pretty combinations around, most of which were the result of a happy coincidence rather than any planning on my part. Admittedly, I did choose to plant a group of mostly bronze leaved heuchera around the base of the cinnamon coloured trunk of Acer griseum (although this was probably triggered by a single heuchera accidentally complementing the acer), and they look especially fine once they start to put on fresh growth in spring.

Obviously, the blue and white planting in the blue and white border is there at my behest, but the contents were planted in the same haphazard way as much of the rest of the garden; hence this combination of brunnera, galium, calamintha and Luzula nivea, accentuating the adjacent granite circle, is especially pleasing: 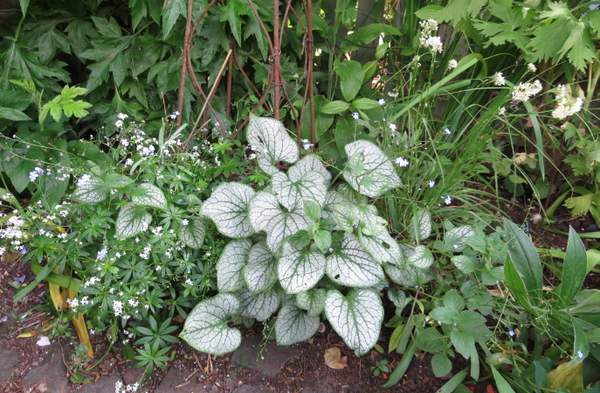 Roses are just beginning to come into their own now and the garden will be fully ablaze with them in June. Continuous flowering rambler ‘Rural England’ was one of the first to flower, and last year was an absolute spectacle, a feature likely to be repeated. There are two plants, planted at the side of the sitooterie perhaps 8 or 9 years ago, with their own purpose built pergola to clamber on. It was only in the last few years that they deigned to climb onto the horizontal supports that linked the pergola to the sitooterie, and last year they made their first foray into the apple tree. Not being a thuggish rambler, this was a combination I had not expected, and although for a few days they bloomed alongside the apple blossom, more and more little pink pompoms are now appearing throughout the canopy of the host tree and will continue to do so over a long period. When the clematis on the post to the right comes into bloom as well it will be a jaw-dropping sight. 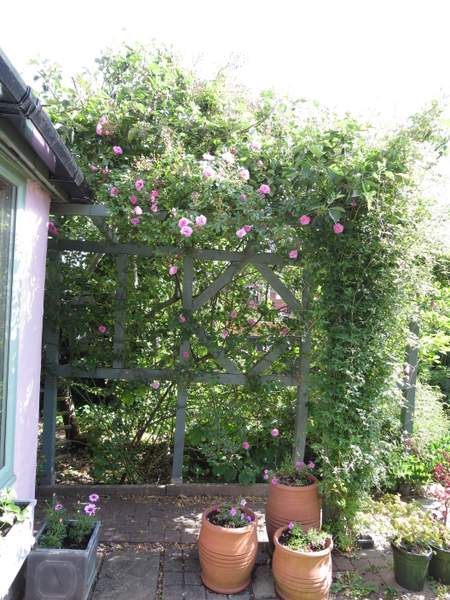 Also thriving after inauspicious beginnings is climbing rose ‘Cécile Brunner’ which, instead of occasional solitary blooms, now has its head above the roof of the shed it is planted against and is flowering almost profusely, joining forces with honeysuckle Lonicera ‘Graham Thomas’ in creating a delightful blend of fragrances, albeit above head height. Again, this is an unplanned combination, and both plants seem to be benefitting from increased light and sunshine following removal of a tree last year. 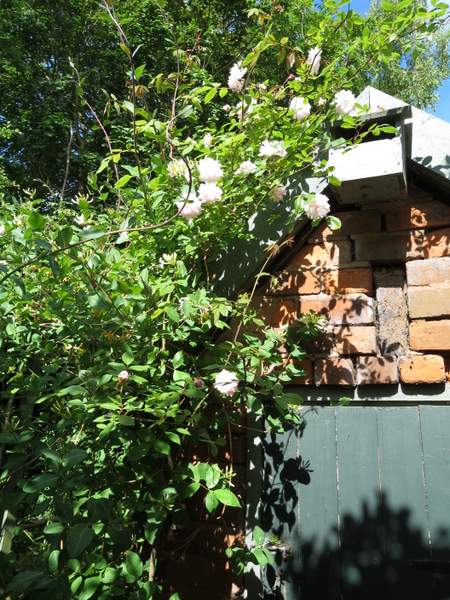 I was also struck by the unplanned juxtaposition of a white aquilegia and burgundy coloured Centaurea ‘Jordy’ accentuated further, I see from the photograph, by the dark leaved heuchera in the same bed: 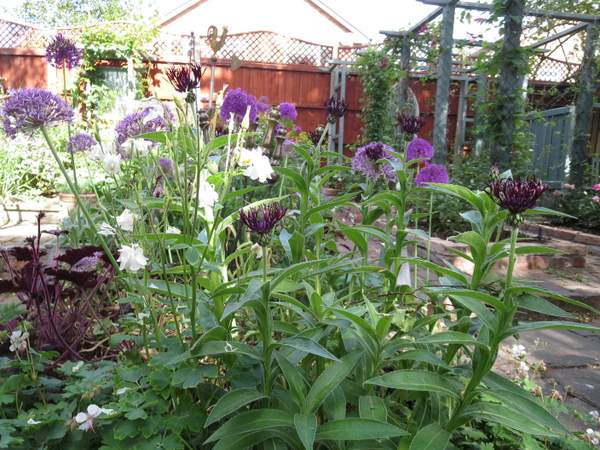 At the other end of this bed are two very ordinary plants, another dark leaved heuchera, most likely H ‘Palace Purple’ and one of the ubiquitous hardy geraniums that are as tough as old boots, probably ‘Ingwersen’s Variety’, another easily overlooked accidental but successful combination: 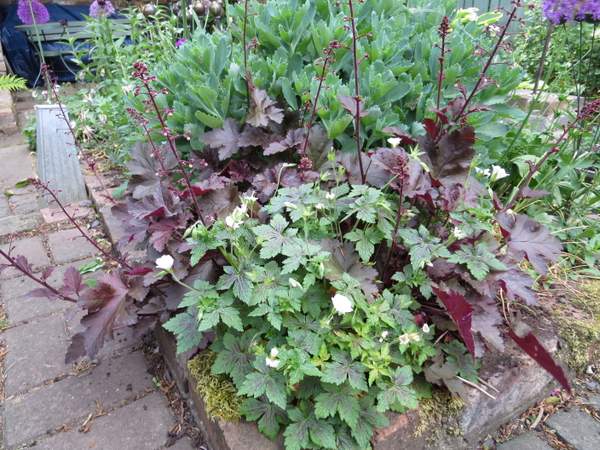 I have featured the following long-lasting combination several times, and it has ebbed and flowed over the weeks but never fails to bring pleasure, that of allium, astrantia and aquilegia: 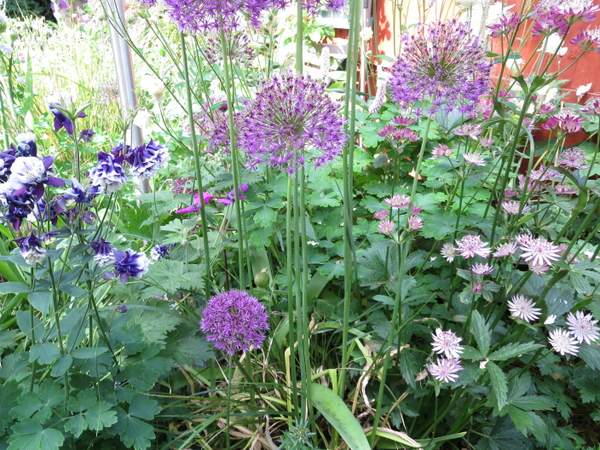 You won’t have noticed that there are actually seven combinations described above, so this post will sneak into Jon the Propagators’s Six on Saturday meme without upsetting the censors. Please visit his blog to see other sixes (or sevens).

Like Loading...
This entry was posted in Gardening, Gardens, herbaceous perennials, roses, Six on Saturday. Bookmark the permalink.

15 Responses to Six on Saturday: Combinations