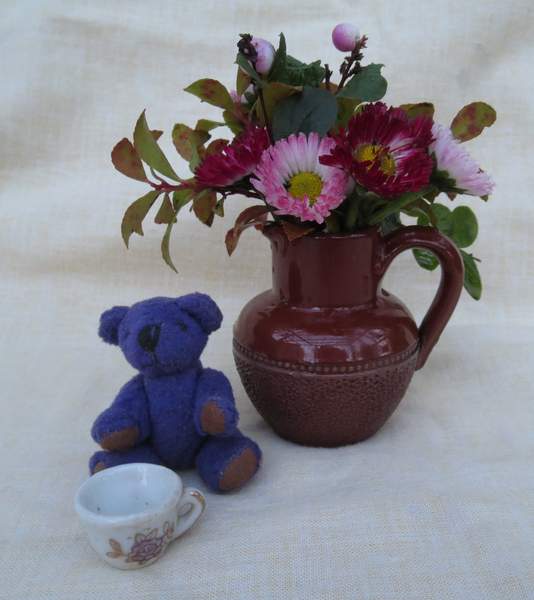 Another teeny tiny vase on Monday for me, and despite trying several alternatives I am still using the little Bretby Pottery jug I used in the anniversary post, giving an arrangement a mere 10cm (4″) tall. 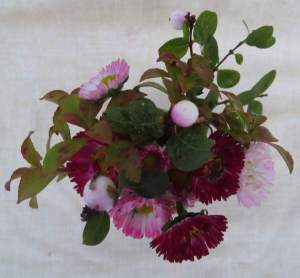 The jug is filled mostly with Bellis perennis which, unlike later in the season, necessitated a teeny vase due to the length of the stems – later on, a small rather than teeny vase would suffice! Joining the bellis is variably coloured foliage of dwarf Pieris japonica ‘Little Heath’ and some berried stems of what I nicknamed ‘the Devil’s plant’** after spending hours digging out roots which were invading us from our neighbour’s garden. Sadly, the invasion began again almost immediately… 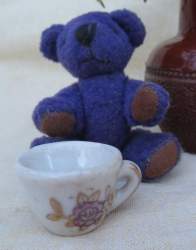 Completing this first vase in December is a teeny teddy enjoying an equally teeny cup of tea, heralding leaner times in the garden until the early bulbs begin flowering – leaner times for blooms that is, as there will always be plenty of foliage to pop in a vase. I know some of you will still have blooms to share, but don’t be put off if you haven’t and think out of the box instead. Just leave links to and from this post to share them with us.

Like Loading...
This entry was posted in foliage, Gardening, Gardens, In a Vase on Monday, Winter and tagged Bellis perennis, Pieris japonica. Bookmark the permalink.