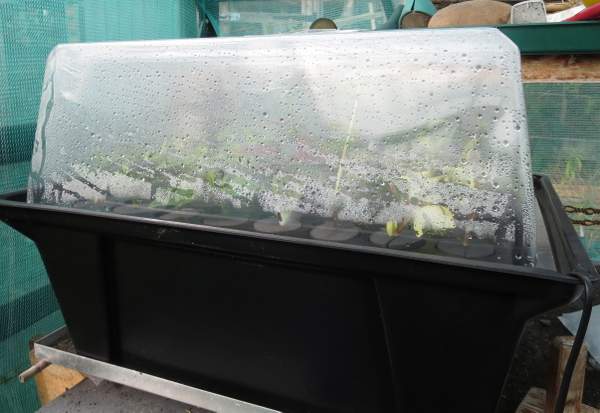 I treated myself to a hydropod cuttings propagator recently and it looks as if it will prove to a good investment. The cuttings slot into foam discs inserted in the tray, which in turn sits above a water reservoir which sprays a fine mist over the lower part of the cuttings, taken mostly from salvia and persicaria. The first roots appeared just days after the unit was first switched and within two to three weeks almost all the cuttings were sporting an astonishingly healthy crop of little roots. 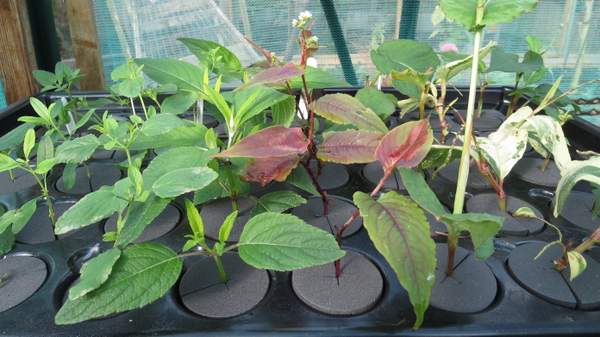 The cuttings could have potted up earlier than they were, but I didn’t find time until this last week when all but a handful of them were gently removed and potted into cell trays. I wasn’t sure how well they would take to the change in their environment but they have not drooped at all and look really happy. The whole process was far easier, and quicker too, than potting cuttings into gritty pots of compost and remembering to mist them regularly before teasing them out several weeks later to check if they had rooted. The empty discs have now been filled with pelargonium cuttings and a few trial clematis. 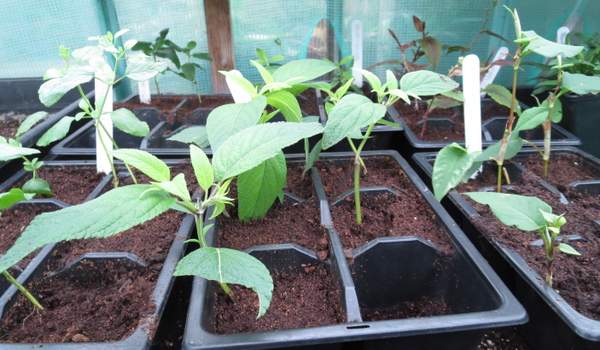 Not requiring much attention at the moment are plants propagated by division, some from plants purchased and split into smaller plants and others gifted from blogging friends Chloris, Jenny and Noelle. Most of these will be added to my own garden, unlike most of the cuttings which, planning ahead, are destined for the plant stall at next year’s open garden days. The hardier ones will be over-wintered outside before being planted out in the spring. 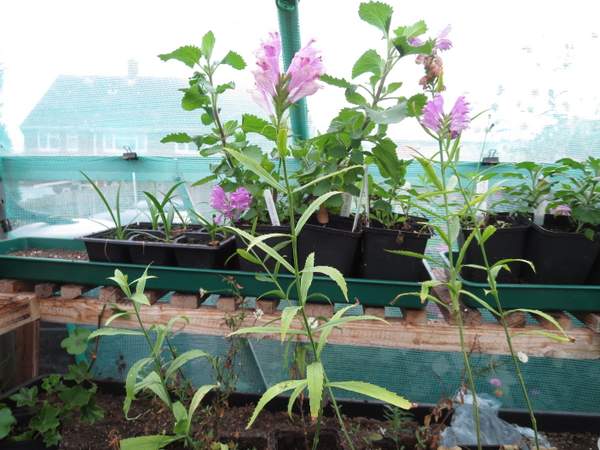 As well as cuttings and division, propagation has taken the form of seed sowing, although records tells me  I haven’t sown since the end of July which seems an awfully long time ago now. Autumn sowing of early sweet peas is a must for me, and I am sure there are other things I meant to sow around September or October – ah well, I shall catch up in due course perhaps… Meanwhile, I have trays of foxgloves, verbascum and sweet william to plant out (plus, sadly, far too many pots of this, that and the other), but planting out in borders already stuffed with perennials is not an easy task and is one that is too easily put off. I am pleased to say, however, that several hours of bulb planting in pots has taken place over the last couple of days, and overplanting these with bellis grown from seed has made at least a small dent in the trays awaiting planting. 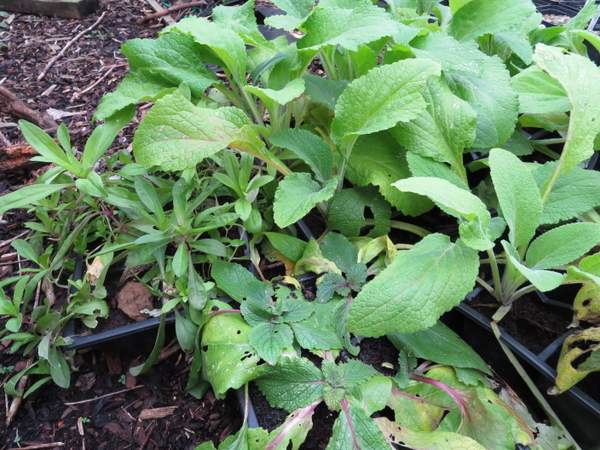 I trust Jon the Propagator will approve of my Six on Saturday today, and I am grateful to him for hosting this meme.

Like Loading...
This entry was posted in Gardening, Gardens, propagation, Six on Saturday and tagged hydropod cuttings propagator. Bookmark the permalink.

36 Responses to Six on Saturday: Propagation