In a Vase on Monday: Cream Tea 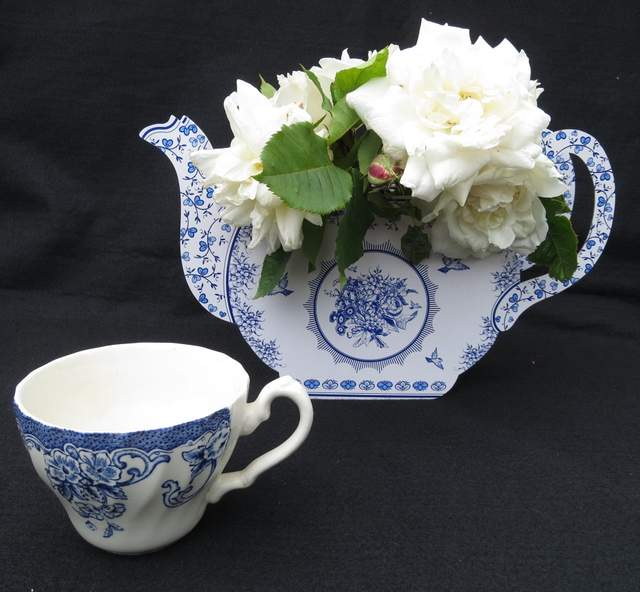 Today’s vase is a bit of a trompe-l’œil, an optical illusion, as the vase is made out of card and arrived flat-packed a couple of years ago although this is the first time it has ventured out of the vase cupboard. It came with its own foldable plastic container to pop inside the cut-out but, for stability, I used a chunky glass one to hold a clutch of blowsy Madame Alfred Carrière roses which are currently arriving at the rate of a handful of new blooms every day.

You will get more of an idea of this delusional vase from these photographs, the first of the original pack as it came, and the second an overhead shot of the vase indicating how it folds out to form the 3D stand. 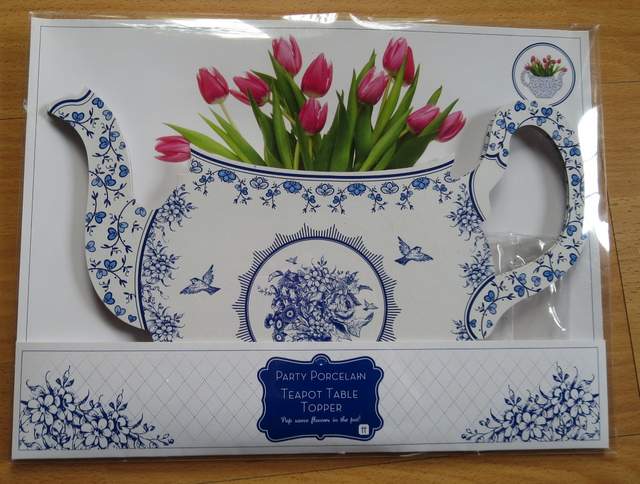 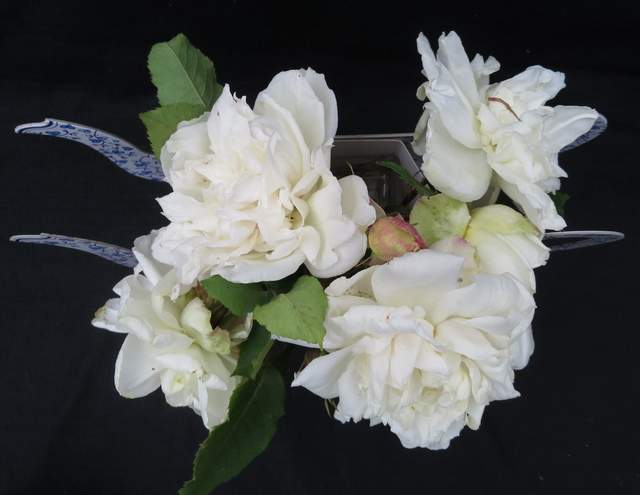 There must be hundreds of rose buds around the garden just now and it is a delight in mid-May to have my first vase of roses of the year; I am sure there will be many more. It takes the place of last week’s little jug of bellis which looks exactly as it did a week ago, as does the little pile of liquorice allsorts – I say ‘does’, but in fact since moving the latter away from the spot on the kitchen worktop where my weekly vases live some of them have disappeared, never to be seen again… 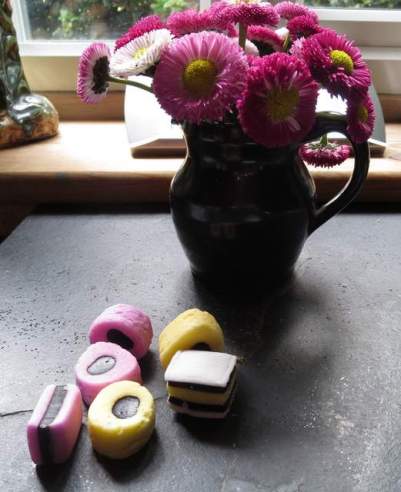 The tea cup which acts as a prop for today’s vase is from a box of mixed blue and white china we picked up for next to nothing at an auction – so, we have the teapot, the cup, cream blooms and all we need now is the cake… Perhaps somebody else’s vase will feature the cake… If it’s not yours then, not to worry, still share your Monday vases with us by leaving the usual links to and from this post.

Like Loading...
This entry was posted in Gardening, Gardens, In a Vase on Monday, roses and tagged Rose 'Madame Alfred Carriere'. Bookmark the permalink.

72 Responses to In a Vase on Monday: Cream Tea