End of Month View: What a To-Do

As a rule we don’t like to spend much time away from home, no doubt due to the deep affinity we have with the house and garden arising inevitably from the deepness of the roots we have put down since they serendipitously came into our lives. Somehow, however, August produced 3 trips away, with a couple of days in Derbyshire, four days at my Mum’s and lastly a couple of odd days down at Elder Daughter and the Poppet’s. Meanwhile, the garden seems to be full of half-finished jobs and a number of looming seasonal maintenance tasks, what seemed like a long period of gentle summer deadheading and watering turning suddenly into an almost overwhelmingly long list of ‘to dos’. Reluctantly, with this comes an awareness that at an unknown time in the future some of these tasks may prove to be no longer within our capabilities, but while we are fit and healthy we will crack on as usual, albeit with half an eye on the future.

Despite overhauling some of the borders I am far from dissatisfied with the garden but nevertheless still find myself with a niggling urge to make minor changes to bring about what may well prove to be no more than minor improvements. Perhaps this is merely a response to the transitional nature of the time of year, first felt as a child and then as a parent and teacher as a new academic year began, but now manifesting as the gradual change from summer to autumn, with days shortening,  early morning mists and endless spiders’ webs to catch me out on my morning rambles. Accordingly, August’s End of Month Views include evidence of these various half-finished tasks, but as these are the views at the end of August then so be it. Steve of Glebe House is kindly taking over the hosting of EOMV from Helen the Patient Gardener so do venture over to his blog to see what’s happening at the end of August in his and other bloggers’ gardens. Thank you to both Helen for hosting the meme for many years and to Steve for taking it on.

View from the house towards the sitooterie

Streamside grass and shrub border, with widened path between

Shrub border from the opposite end 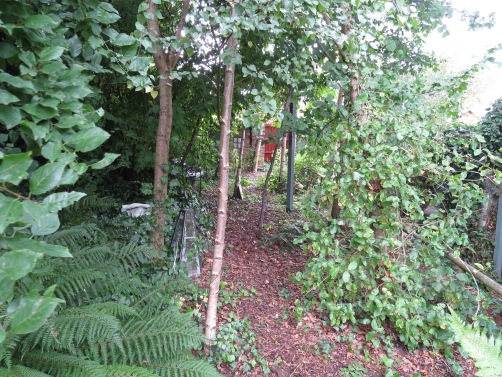 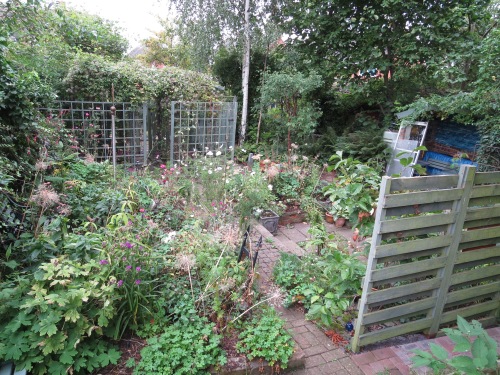 Herbaceous borders from the bothy 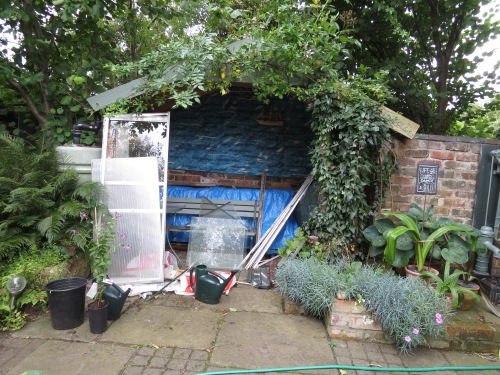 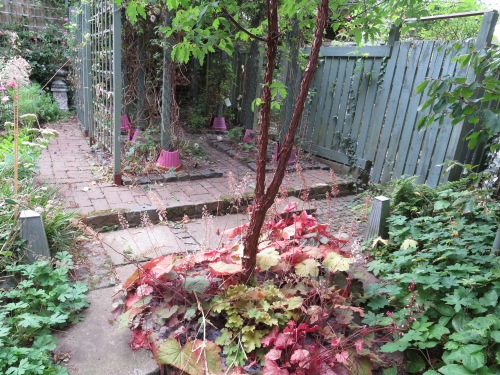 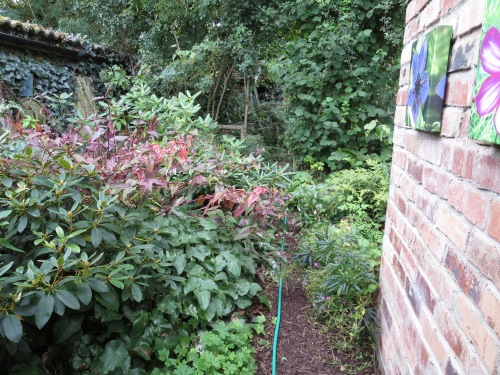 From the other end 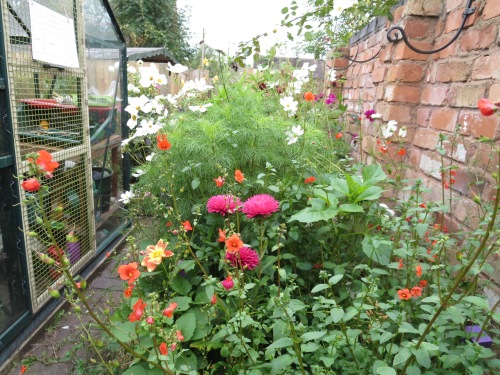 Through the clematis colonnade

Looking back towards the house, wisteria still only pruned to stepladder level (and more greenhouse detritus!)

18 Responses to End of Month View: What a To-Do