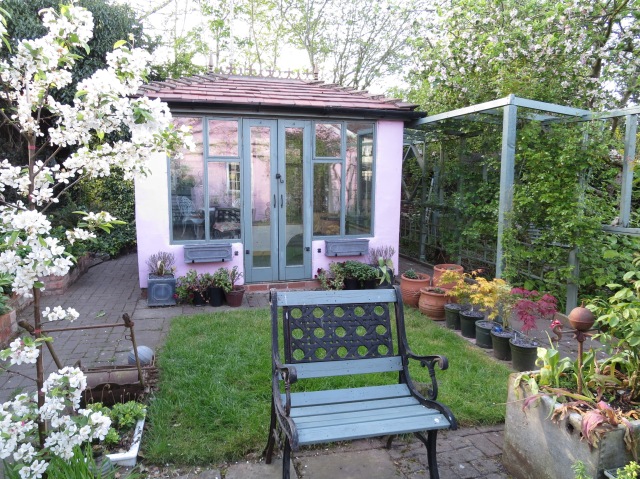 Whilst on top of the sowing and planting side of the garden, work continues apace on the titivating side of gardening while time is still on our side (two  months till the openings…). Not satisfied with basic maintenance tasks, new ones have been created on a whim which, by experience, we have found often turn out to be the best ideas. One of these was replacing the guttering on the sitooterie which will not be especially obvious on the above photo but which somehow improves its appearance, possibly changing the proportion a little because the standard square black guttering recedes into the roof profile, whereas the original lined wooden guttering the Golfer created stood out more because of its Wild Thyme paintwork.

It was barely a month ago that I showed a picture of the pots of herbs that had been lifted from the bed they had been sunk into; they may well have looked attractive grouped together but My Goodness! didn’t they dry out quickly?! On a whim, the Golfer was asked to build a raised bed; no sooner said than done and the herbs (some replaced as the originals had dried out beyond redemption) are settling into their new home which also allows space for cut and come again salad crops. 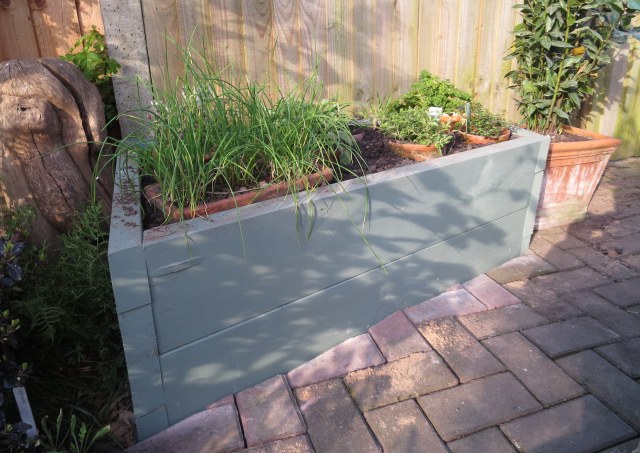 The two features made recently from tile off cuts were both created on a whim, and tidying up the excess soil and slate chippings gave rise to another this last week – replacing the slate chippings path beyond them with paviors. It was a bizarre experience walking on the path afterwards as I felt 2″ taller (the depth of the paviors), my height relative to that of the adjacent fence creating the illusion 🙂 Mind you, the path needs a little bit of dirt rubbed in to match the older and well trodden on paviors at the far end! 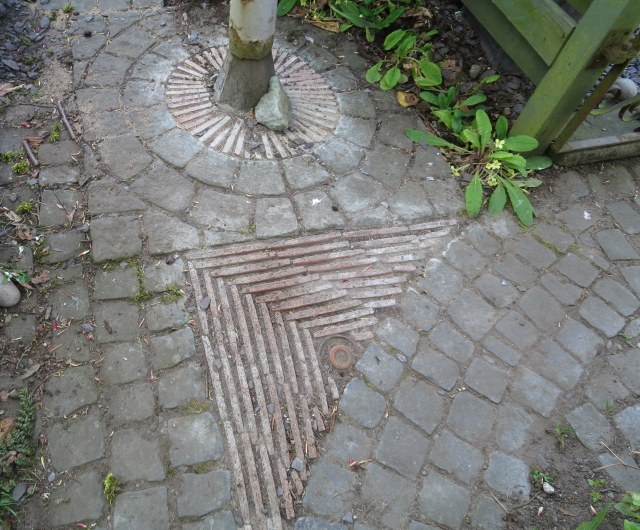 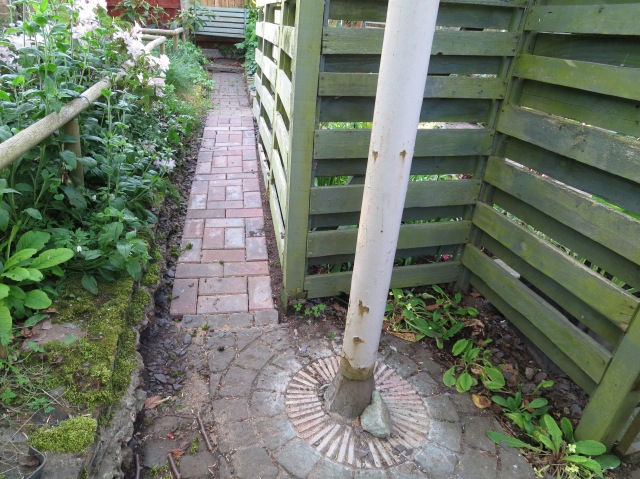 Still in progress is rescuing the mature ivy, covered with its wonderful and idiosyncratic flowers and subsequent berries all winter, which had collapsed due to the rotting of the original hedge tree (probably hawthorn)  supporting it. The rotting stump has been mostly removed and the ivy is going to be draped around a cheap metal arch that will frame the statue and create a kind of leafy bower – that’s the idea, anyhow. Although I read the dimensions of the arch before it was bought, in practice it is  rather larger than envisaged but hopefully will work if some of the height is reduced – and if the main ivy stems have not been broken during its extrication. 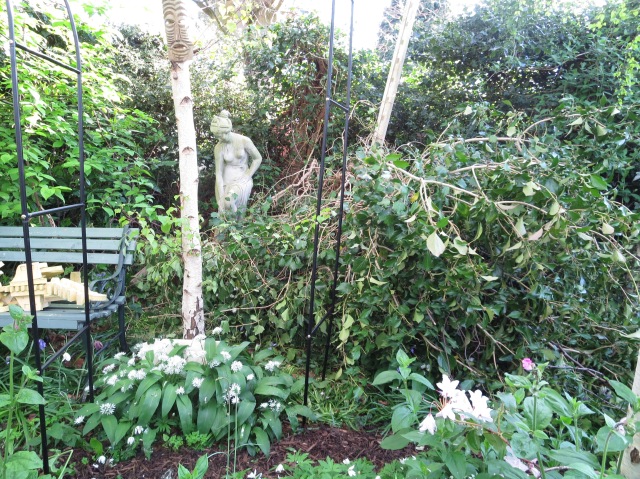 No more whims in the offing as yet, so it’s back to routine tasks, like sweeping and weeding the paths.  Attention given to the paths before last year’s informal opening made a noticeable difference to the whole garden (well, noticeable to us), so keeping them as tidy as possible is one of our ongoing tasks; hopefully it won’t be like painting the Forth Rail Bridge! 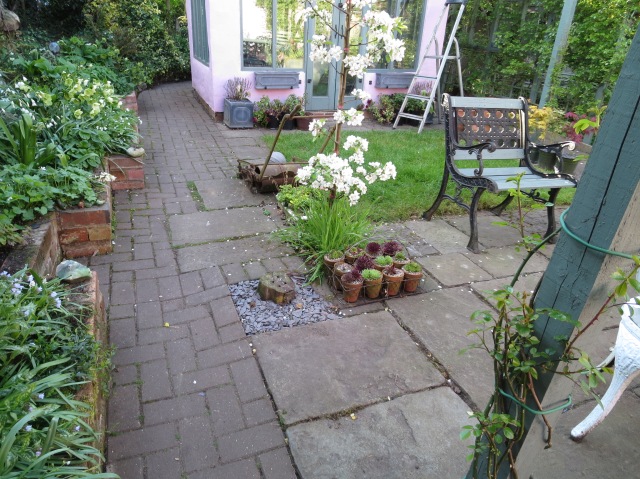