In a Vase on Monday: Going to Town 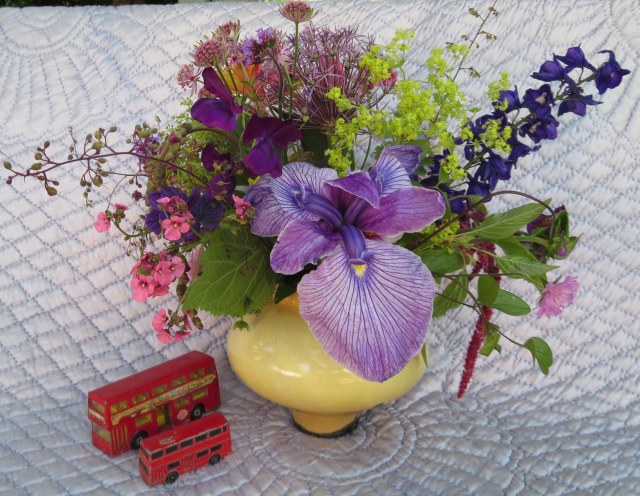 The Golfer queried the inclusion of buses as a prop for today’s vase, and on being told the title insisted he wouldn’t dream of going to town on the bus (not that red London buses are local to us anyway); neither would I, as the bus goes through half the surrounding villages before it gets to our local town and goes through the other half on the way back. We both agreed we could probably walk the four miles or so more quickly, so our bus passes remain unused whilst we retain the option of driving. 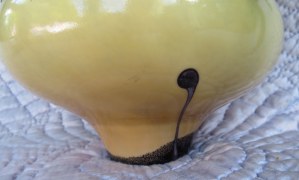 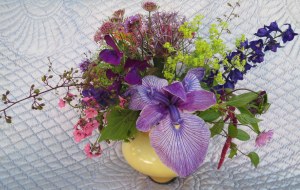 However, I went to town with the vase after the relative austerity of other recent Monday contributions, picking the sprightliest and in-your-face blooms that I could find and chose one of my few larger vases, another Caithness Glass Ebony one, to contain their abundance. Sadly, I struggled to keep them erect in the bulbous vase and after first reluctantly trying some scraps of florist’s foam, and then pebbles and glass beads but without success from either, removed the blooms and built them up one-by-one into a large posy which was tied together before the stems were shortened and the now self-supporting blooms replaced in the vase. Individual blooms may be less obvious, but look closely and you might see…. 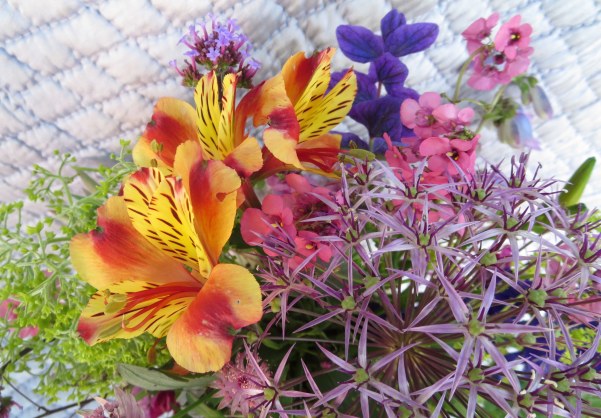 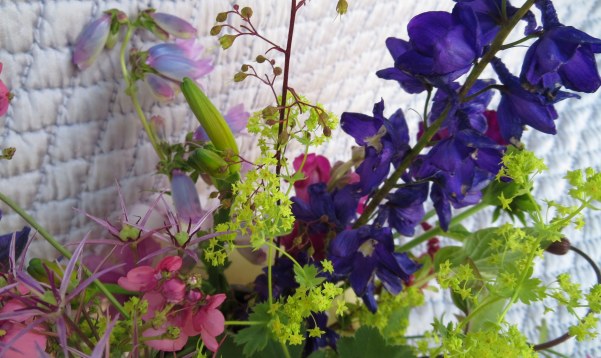 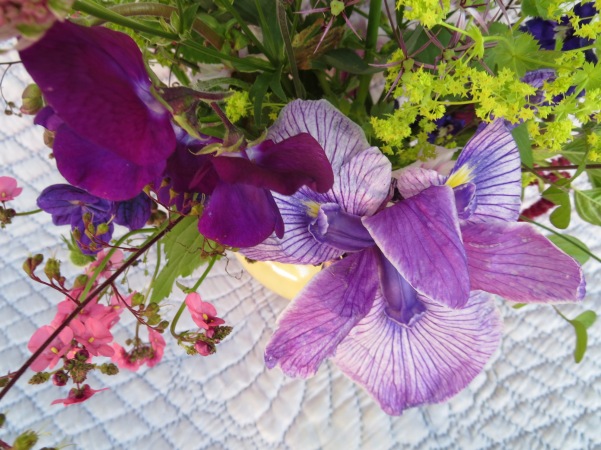 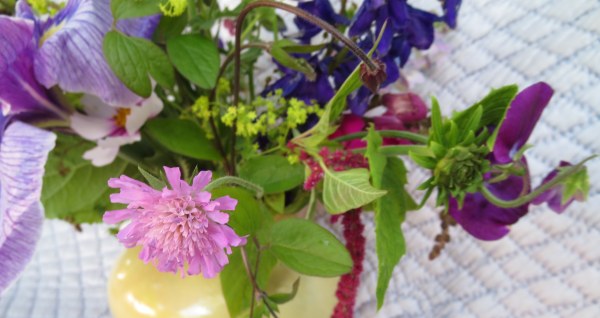 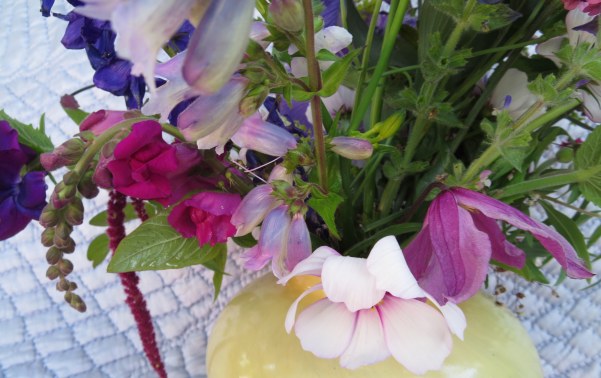 This is the largest vase I have come up with for some time and although its exuberance takes a little getting used to I shall enjoy its presence during the week. Next week, however, it will be something rather less extravagant – distinctly minimal in fact, as I am setting myself and other Monday vase makers a challenge!

Many of us are in awe of Susie’s Japanese inspired creations such as last week’s ‘Sweet Pea Reduction’ but she assures us that such designs are simpler than they might appear – so who would like to join me in ‘having a go’ at an Ikebana style vase next week? Whether you want to go down a thoroughly traditional route or one with just a token nod at the Ikebana style is up to you – the challenge is in the ‘having a go’ at something outside our comfort zone, and just as we have been empowered to pick blooms for our Monday vases so we can be now empowered to try something a little different. Everyone who does this next week will go into a draw for a packet of seeds, only a token prize, and sadly one which won’t be available to bloggers in certain US states which I understand will not allow imported seeds. No obligation to join in – a regular Monday vase will be just as welcome! 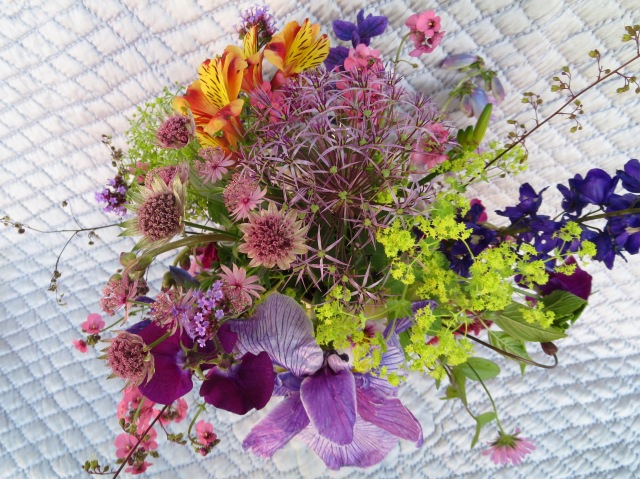 Like Loading...
This entry was posted in Gardening, Gardens, In a Vase on Monday and tagged flowers in a vase, ikebana. Bookmark the permalink.

74 Responses to In a Vase on Monday: Going to Town