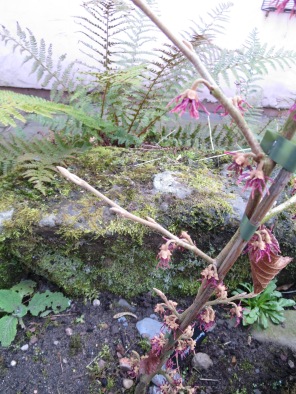 There is little change on the tree I am watching for Lucy’s Loose and Leafy meme, but the pretty flowers on the Hamamelis ‘Amethyst’ are now past their best and will gradually shrivel and die like those on ‘Magic Fire’ (left) which started flowering earlier. Last month I referred to the clusters of 3 buds, wondering if they always occurred in threes – but watching them open I realised that each group of three open to form the one flower. How had I not noticed that before?!

Observing on a month to month base and comparing the different witch hazels has been such a useful experience as it has made me more aware of other things too – like the relative flowering times. Some were beginning before Christmas this season, whilst others kept me waiting but are still full in flower now, like ‘Arnold Promise’ and ‘Ruby Glow’: 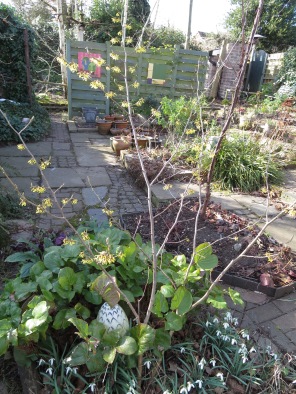 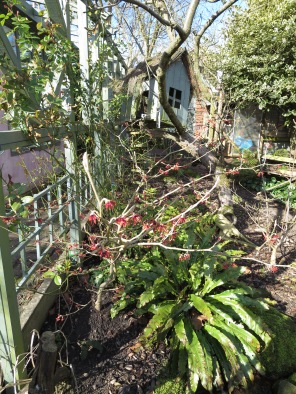 Much observation has been reserved for H ‘Zuccariniana’ which seemed to have suffered from last year’s dry summer, but scratching the bark confirmed it was indeed still alive and two flower buds have gradually developed and are just opening. Along with new leaf buds it looks as if more new flower buds are also beginning to form but, if so, are they for this season, or next? Rubbish photos I’m afraid, so no close-ups of these buds, but perhaps all will be clear when I join in the meme next month. Could flowering just be really delayed this year? In the meantime do go over to Lucy’s blog to see what is happening to other people’s trees this month.

17 Responses to A Quick Tree Update