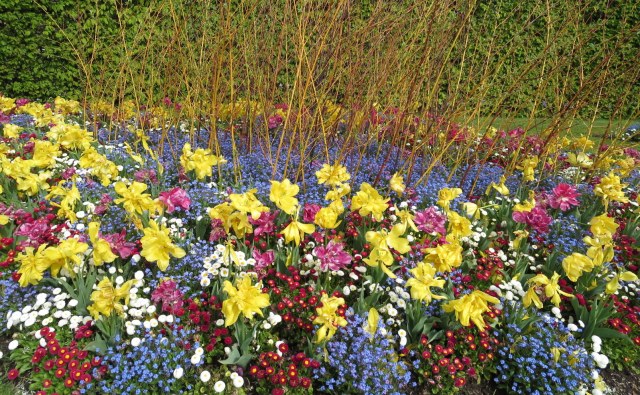 Looking very much like a 1920s or 30s postcard, these beds of spring flowers surrounding bright willow stems were making a colourful impact on the Top Terrace at RHS Wisley when Elder Daughter and I were there on Wednesday. As it was July when we were last there the seasonal difference was very much in evidence – then, my main memories were of the Mixed Borders, North American Prairie Borders, the rose gardens, Trials Field and fuchsias in the Glasshouse; this time, the memorable features we took in were rhododendrons and underplanting in the Wild Garden and orchids in the Glasshouse. Most of the Trials Field was still unplanted, although there were already beds of euphorbia and late flowering clematis. The grassy banks here seemed to planted with various white narcissi which may or may not have been a trial, but we stopped to have a look as I intended to plant some of the smaller white species this autumn. 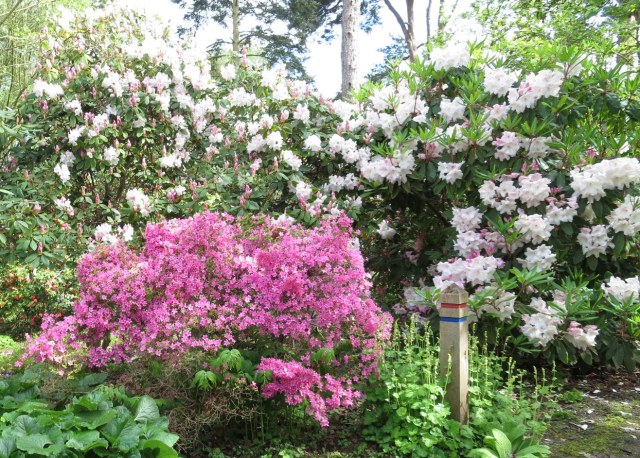 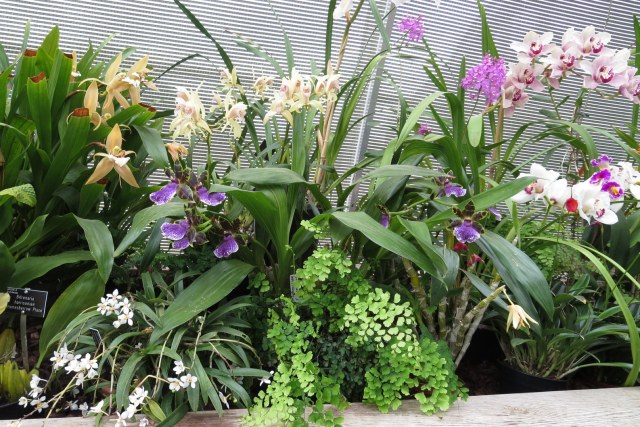 Click here to see more pictures from Wisley on a very mild and pleasant day, unlike today which (both in the Midlands and Surrey) is damp and almost chilly – brrrrr! 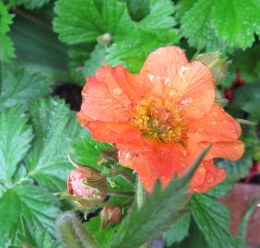 And Totally Tangerine? Well, I was smitten by the pictures Liz (Gwirrel) posted of Geum  ‘Totally Tangerine’ on her blog all last summer and have been keeping half an eye open for it ever since. There it was in a border at Wisley, so I made straight for it in the plant sales area without looking at any other plants whatsoever (honest) – and here it is, having survived several train changes on the way home with minimal damage.